Bonfrere said his mission to the Agege Stadium in Lagos is to encourage the young and upcoming stars before the commencement of the matches.

The celebrated coach dressed on a white shirt and a black trouser to match exchanged pleasantries with the young players, asking them the clubs they were fans of.

The ’96 Gold medal winning coach is optimistic that some of the young players will make it to the senior national team.

His visit comes as officials were busy screening and accrediting participatory schools for Season 11 of the international tournament.

All is now set for the competition as eight matches are expected to be played today.

13 states in Nigeria and two countries namely Benin Republic and Ghana are participating in this edition.

Meanwhile, a member of the main Organising Committee, Olu Akapo has addressed team leaders just before the screening of players.

After the first screening, officials would ask a successful player to join others qualified to play in the tournament. 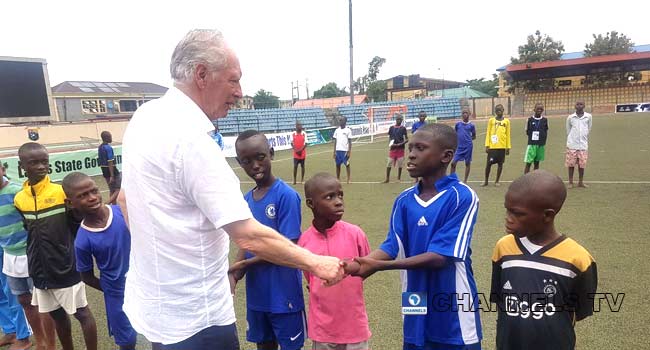 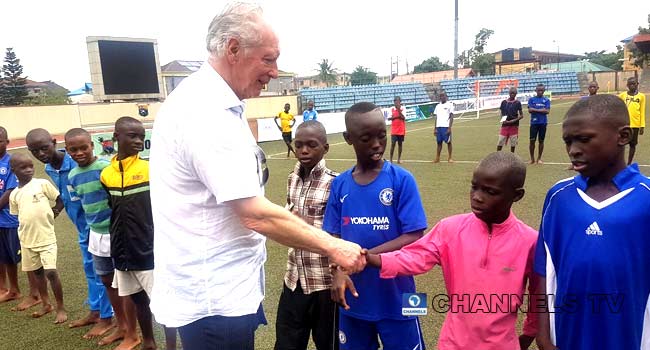 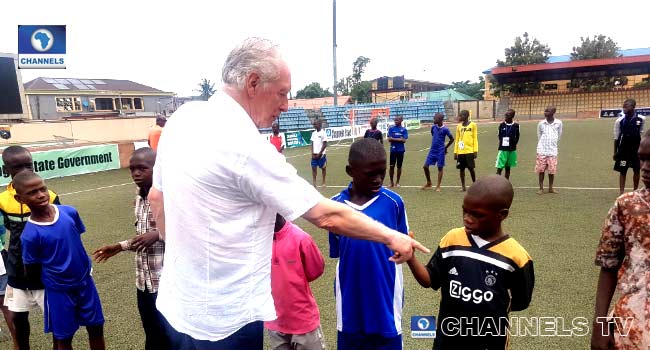