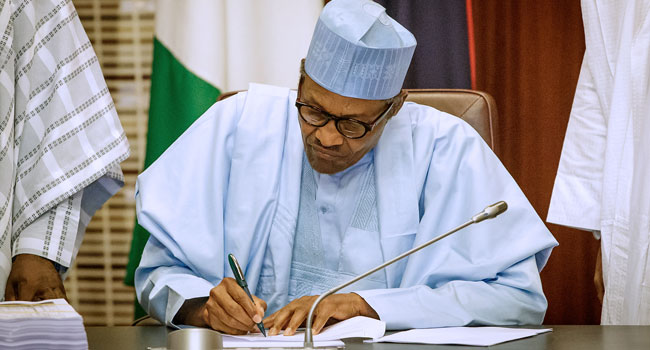 President Muhammadu Buhari has signed the 2019 appropriation bill into law.

This signals the beginning of the implementation of the 2019 fiscal calendar.

The Speaker of the House of Representatives, Yakubu Dogara; Chairman of the Senate Committee on Appropriation, Danjuma Goje; the Minister of Budget and National Planning, Udoma Udo-Udoma; and the Senior Special Assistant to the President on National Assembly Matters, Ita Enang were present during the ceremony.

The president had earlier proposed a budget of N8.83 trillion to the National Assembly on December 18, 2018, but the passage was delayed due to events such as the Christmas and New Year breaks as well as the general election.

However, after undergoing legislative scrutiny, the lawmakers passed the budget of N8.91 trillion, raising it by over N90.3billion on April 30.

The House considered and adopted the report of its committee on appropriation with slight amendments and a clean copy of the bill will now be sent to the president for assent. 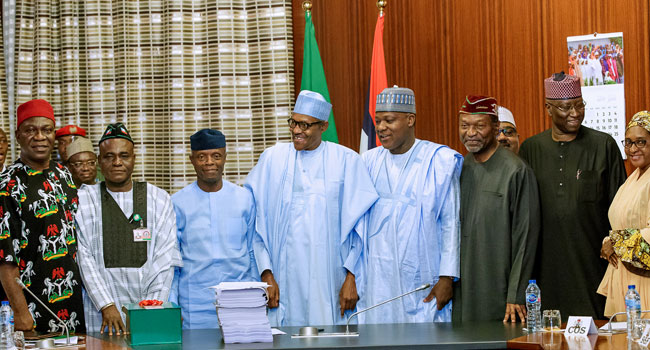 Highlights of the 2019 budget as approved by the National Assembly include the capital expenditure of N2.09trillion, recurrent expenditure of N4.05trillion, statutory transfers of N502billion, fiscal deficit of N1.9trillion, and special intervention of N500billion.

The lawmakers also approved debt service of N2.25trillion out of the figure, N1.7trillion was approved for domestic debts, while the sum of N433billion was provided for foreign debts.