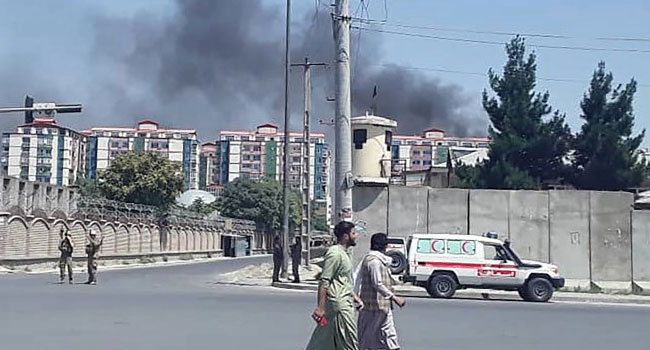 Dozens of people were wounded with fatalities feared as a powerful explosion rocked Kabul early Monday, targeting an area of the Afghan capital housing military and government buildings, officials said.

The rush-hour explosion sent a plume of smoke into the air above the Puli Mahmood Khan neighbourhood of the city, interior ministry spokesman Nasrat Rahimi said.

An AFP reporter said he could hear gunshots shortly after the blast.

The area was quickly blocked off by Afghan forces and ambulances, while the nearby “Green Zone” diplomatic area was put on lockdown, with no one allowed in or out.

The heavily-secured neighbourhood is home to some military and government buildings, including one shared by Afghanistan’s intelligence agency and defence ministry, as well as the Afghan Football Federation and the Afghan Cricket Board.

Shams Amini, a football federation spokesman, told AFP that the blast occurred near the federation’s gates.

“Some of our colleagues are trapped inside, we have reports of some injuries. We don’t know if the attackers have entered the building,” he said.

Nearby Shamshad TV station, which was attacked in 2017, aired images of broken glass and damage to its offices but said it was not the target.

No group immediately claimed responsibility, and police said they did not yet know the target or nature of the blast.

Both the Taliban and the so-called Islamic State group are active in Kabul.

The explosion came two days after the Taliban and the US began their seventh round of talks in the Qatari capital of Doha as Washington eyes a breakthrough before Afghanistan’s September presidential election.

The negotiations have so far centred on four issues — counter-terrorism, the foreign troop presence, an intra-Afghan dialogue, and a permanent ceasefire.

A potential deal would see the US agree to withdraw its troops after more than 17 years in Afghanistan, igniting deep concerns among huge swathes of Afghans who fear the militants will return to some semblance of power.

In return the Taliban would guarantee the country would never again become a safe haven for violent extremist groups, as happened with Al-Qaeda before the September 11, 2001 attacks.

US officials have previously said they are hoping for a deal before the upcoming Afghan presidential elections, which have already been delayed twice and are now set for September. 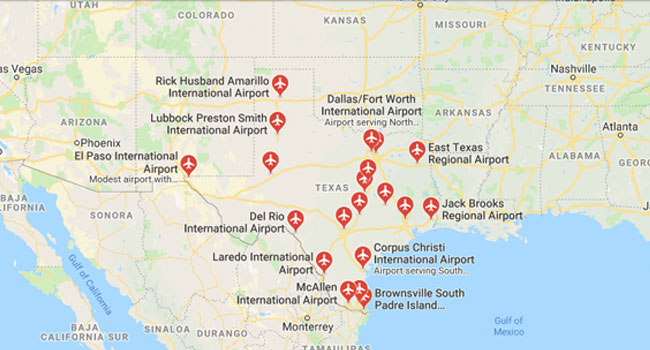 A small twin-engine plane crashed on takeoff Sunday into a hangar at a Texas airport, officials said, killing all 10 aboard.

“The Dallas County Medical Examiner has confirmed 10 fatalities and no survivors,” a spokeswoman for the town of Addison told AFP.

The plane was heading from Addison to St. Petersburg, Florida and was carrying two flight crew and eight passengers, said Bruce Landsberg, Vice Chairman of the National Transportation Safety Board (NTSB).

NTSB investigator Jennifer Rodi said the plane — which had changed ownership recently — hit a private hangar at the airport.

David Snell, who was waiting for another flight at the airport, told local news channel KDFW TV he saw the plane take off.

“It looked like it was clearly reduced power. I didn’t know if it was on purpose or not, but then, when the plane started to veer to the left and you could tell it couldn’t climb. My friend and I looked at each other and we’re like, ‘Oh my God. They’re going to crash’,” he said.

CBS News quoted sources as saying the Beechcraft lost an engine on takeoff and veered into the hangar.

A massive column of black smoke poured out of a building at the airport in Addison after the crash, as firefighters directed streams of water toward the blaze.

“There are any number of possibilities that could occur,” the NTSB’s Landsberg told a press conference.