Nigeria’s power sector has recorded its highest national peak of 5,459.50MW, the Transmission Company of Nigeria (TCN) has said.

In a statement issued on Thursday, the General Manager, Public Affairs, TCN, Ndidi Mbah explained that this new record was achieved on Oct. 28.

“This milestone in generation is higher than any peak ever recorded in the nation’s power industry as at date,” the TCN official noted.

“The Acting Managing Director, Mr Sule Ahmed Abdulaziz, commended all the players in the power sector value chain as a result of the feat.

“He attributed the gradual but steady improvement in the quantum of power delivery to collaboration by the sector players, as well as the unbridled effort by the Federal Government, through the Ministry of Power, in setting the right environment for seamless operations.” 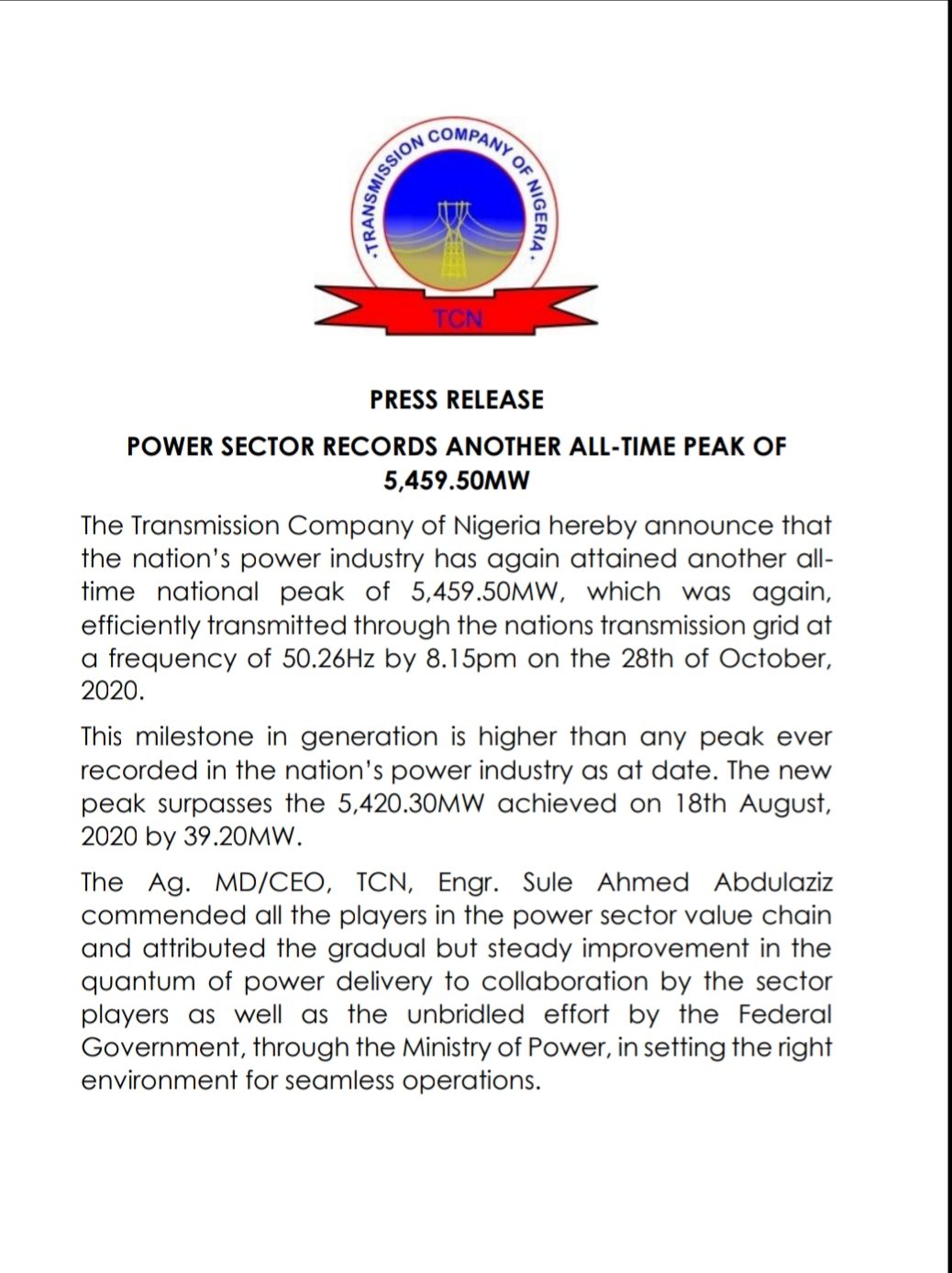 US Jury Asks Apple To Pay $503m In Patent Case

WTO DG: ‘We Will Not Relent’, Buhari Says As EU Restates Support For Okonjo-Iweala