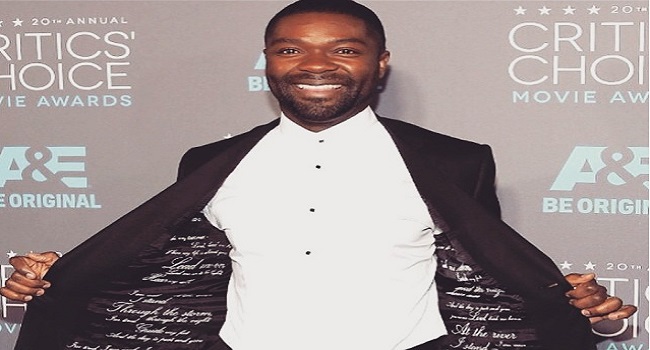 Nigerian Hollywood star, David Oyelowo is about to add another major landmark to his career as he will portray the famous James Bond and other characters in a recording of Trigger Mortis, a new Bond novel by Anthony Horowitz.

After appearing as Martin Luther King to much acclaim in the film Selma, Oyelowo considers the new role a great achievement, especially since the estate of Ian Fleming, 007 creator, invited him to play the character.

“I am officially the only person on planet Earth who can legitimately say ‘I am the new James Bond’, he said, adding “even saying that name is the cinematic equivalent of doing the ‘to be or not to be’ speech.”

There have been speculations that actor Idris Elba may replace Daniel Craig in the movie, a role Oyelowo says his colleague is “ripe” for. 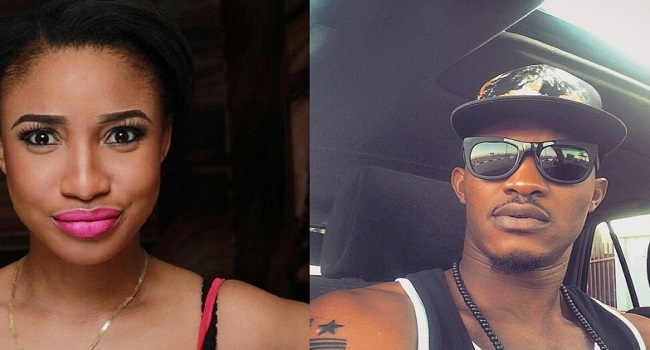 Nollywood actress and singer, Tonto Dikeh does not know who fellow actor Gideon Okeke is.

The ‘sugar rush’ singer refuses to acknowledge the Tinsel actor after he tweeted what many believe is a subliminal attack at the media frenzy surrounding the announcement of her traditional wedding.

News broke earlier this week that Tonto Dikeh and her partner, who she fondly calls Mr X, had carried out the traditional introduction ceremony in Port Harcourt, leading to a frenzy over social media.

Tonto Dikeh who now goes by the name Mrs. Churchill told Entertainment News on Channels Television that she had never heard about the former Big Brother Nigeria housemate.

“The truth be told, I don’t know who he is,” she told EN exclusively, adding that she would not bring herself to his level by speaking about him. 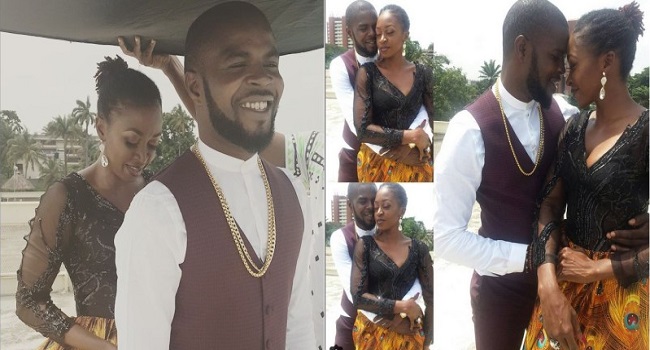 The singer, speaking with Entertainment News, explained that his relationship with the actress is strictly professional.

In a telephone chat, the “We Are Africans” crooner explained that the music video for ‘See Us Now’ is “basically about Nigeria; about the future I see for Nigeria and how I feel things should be and would be”.

Asked if there’s a special attachment to Kate Henshaw as she makes a second appearance in his music video, JJC Skillz said “a lot of people think so”.

He revealed they first met on the set of the music video shoot for his song African Skank, where she did “amazingly well” and “since then (obviously) we’ve been friends”.

He also heard the actress sing the National Anthem at an event and was “blown away by her vocal ability”, which was when he invited her to the studio for a recording session on the song “See Us Now”. 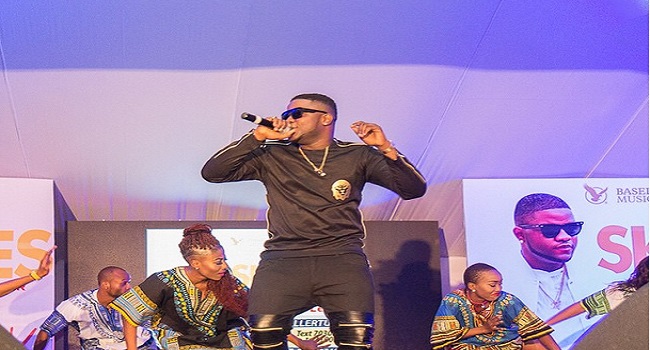 Her husband, Swizz Beats who seemed to be recording the video, also expressed excitement by adlibing to the song.

#AKwaterdance with you-know-who on the adlibs 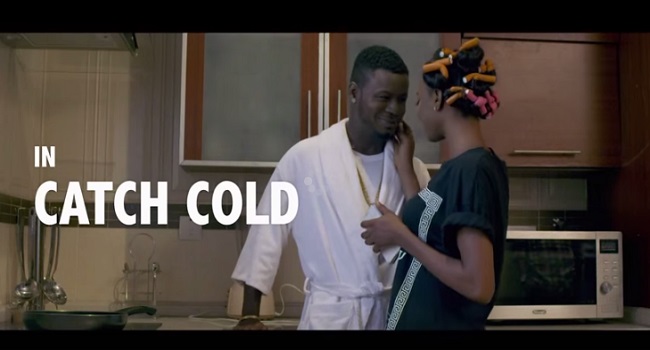 The video was directed by Deji Kale and shot in Lagos. 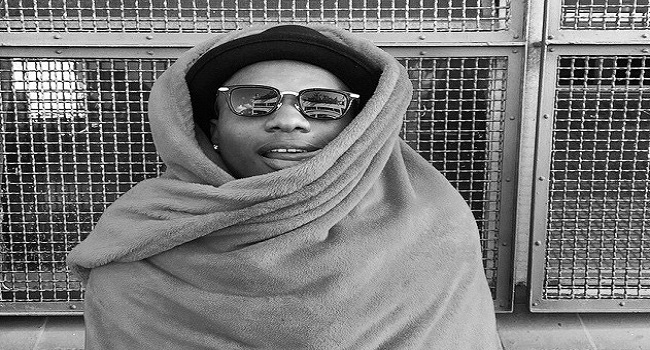 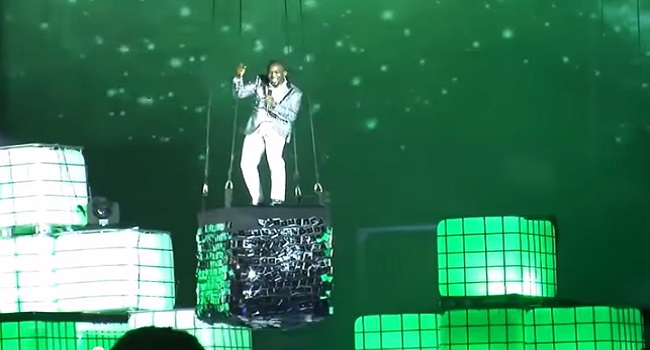 Singer, Darey has said that the third edition of his annual musical concert tagged Love Like A Movie (LLAM) will hold before the year runs out.

In an exclusive telephone chat with Entertainment News presenter, Mayowa Ogundele, Darey revealed that the show, which was supposed to hold in February as is the tradition, had to be cancelled as a result of the general elections which had been scheduled for the same date; February 14.

LLAM has been credited as one of the best produced shows in Nigeria and the choice of popular international celebrities as co-hosts always serves as a major attraction for music lovers.

Reality TV star, Kim Kardashian as well as singer Kelly Rowland were co-hosts during the first (2013) and second (2015) editions respectively.

Asked which celebrity will be invited to co-host for this year’s edition, Darey chose to keep the name under wraps. 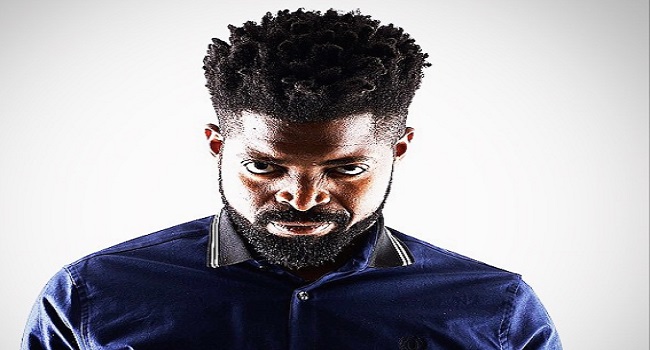 Comedian Basketmouth has been honoured with his own day in the city of Houston, Texas, in the United States of America.

The Mayor of the city of Houston ‘Annice D. Parker, has declared the 17th of July, 2015 as Basketmouth Day in Houston, Texas in recognition of Basketmouth’s contribution in integrating the Nigerian American community through his art for the past 6 years in Houston. 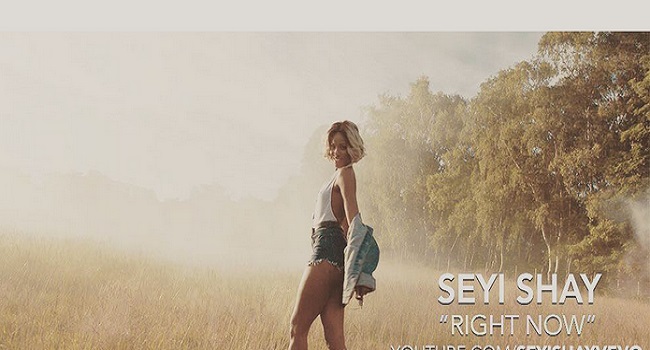 New Island records artiste, Seyi Shay has dropped a new video for her song ‘Right Now’. The video was directed by JM Films.

The song which is a fusion of dancehall and afrobeats was produced by Legendary Beatz.


The duo of Vast and Smash, popularly known as Bracket has also released the visuals to their previously released song – “Panya” featuring triple mg artiste; Tekno.

The video was directed by Patrick Elis. 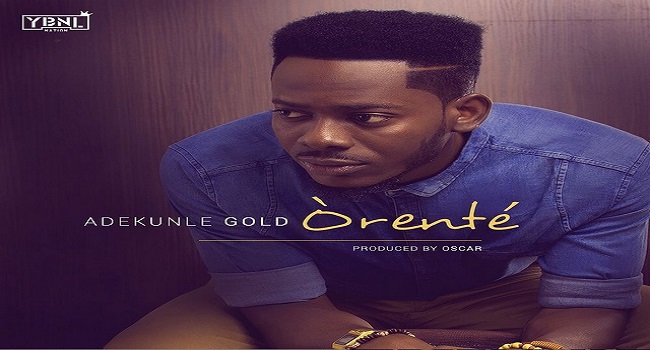 YBNL signee, Adekunle Gold has released the follow up to his popular love song, Sade.

The new track titled Orente was produced by Oscar and has prolific guitarist Fiokee on the strings. 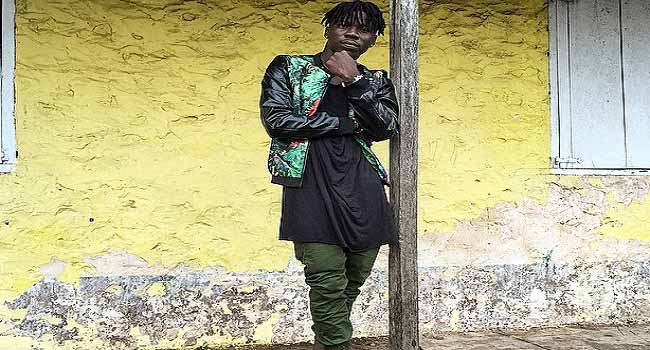 Meanwhile, African acts Dencia (who attended the event) and Fuse ODG (who didn’t) have criticised organisers of the bet awards for treating African nominees below expectation.

Following the award ceremony over the weekend, the two disgruntled acts called out the award organisers for presenting awards to African acts either backstage or hours before the ceremony begins. 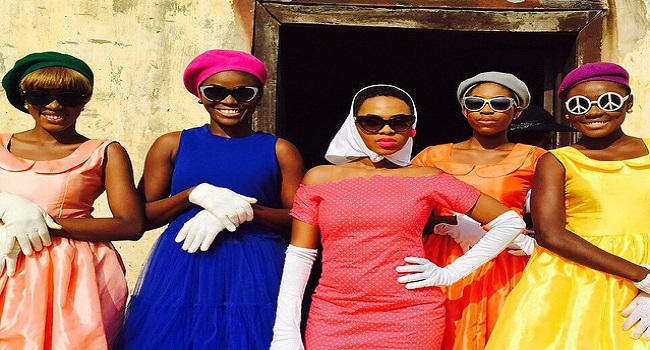 Capital Hills artiste, Chidinma has now released the comic video to her thanksgiving song, If E No Be God, which is off her forthcoming sophomore album.

The video, which features cameo appearances from comedians Seyi Law and Funny Bone, was directed by Clarence Peters.