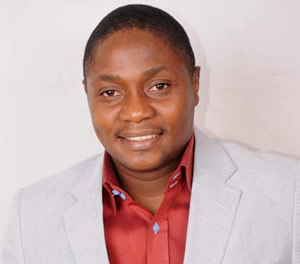 Chris Ilems hails from Edo State, Nigeria, where he attended schools from Primary to the University level.

He Studied Accounting at the University of Benin and proceeded to obtain an MBA in Human Resources Management at the Lagos State University.

His first stint with the Media was at the Edo Broadcasting Service where he was a presenter while in school. After graduation, he got a job offer at The Federal Radio Corporation of Nigeria where he worked as an OAP from 2001 to 2014.

His craving for Excellence and Professionalism took him to Channels TV, the most prestigious media house in the African continent where he is currently a producer/presenter. He brought adventure into Community Reports while he handled that beat, unearthing some of the wonders inherent in our communities.

Chris Ilems is now the producer and presenter of Eyewitness Reports. He is married to Thelma Ilems who is also a broadcaster and they are blessed with three lovely children.