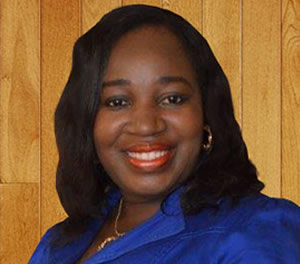 Joke is a news anchor with channels television.

she joined the company in the year 2000 as a youth corper in the marketing department.

however, Opportunity met potential and in the year 2002, she was redeployed to the editorial department as a presenter.

when no presenting the news , joke also presents other programs when needed to.

Joke rose through the ranks over the years and now heads the presentation department of Channels Television.

a dedicated broadcaster,Joke got her first degree in Communication and Language Arts from the University of Ibadan.

She has also attended various media training and leadership courses in Nigeria , the Us and the UK including at Europe’s leading journalism and media training company, Press Association, and the prestigious Poynter Institute in Florida , the united states.

when not working, joke loves to travel and spend time with family.