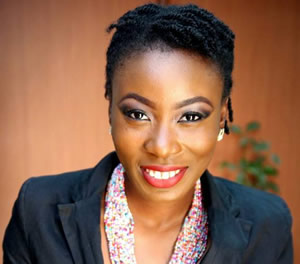 Mayowa is a Presenter at Channels Television. A graduate of Mass Communication from Redeemer’s University, who is intrigued by the power of both the traditional and new media to connect, shape and change the world.

She joined Channels TV in 2013, working with the Web Team as a Web Editor/Blogger where she honed her skills in social media management and engagement.

In September of the same year, she started presenting Channels Television’s Entertainment News programme, which she fondly calls ‘the fun side of life’.

An intelligent and highly inquisitive individual, Mayowa believes strongly in the power of media to change lives. She looks forward to being a voice the world seeks for guidance and inspiration.

When she’s not on TV or online… she’s either reading a book, watching a movie, making friends or adding value to others through charity.