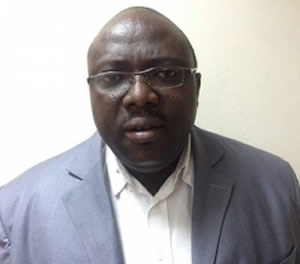 Ambrose has come a long way since joining the Station in November 1996. He is a graduate of Bendel State University, now Ambrose Alli University.

Ambrose began his career in journalism with the Guardian Newspaper in 1993 and joined Channels Television three years later.

He brought along his wealth of experience from The Guardian Foreign Desk and has worked variously, in Channels Television as Reporter and News Correspondent.

Ambrose was later to earn himself the sobriquet “General”, in his capacity as Controller of News and has played a constructive role in the establishment of Channels Television Bureaus in some parts of the country.

Ambrose holds a Masters Degree in Public Administration (MPA) from the Lagos State University (LASU) and he is a member of the Nigeria Guild of Editors.

Ambrose has also attended various training and courses in journalism, in Nigeria and abroad.

He is married with children.