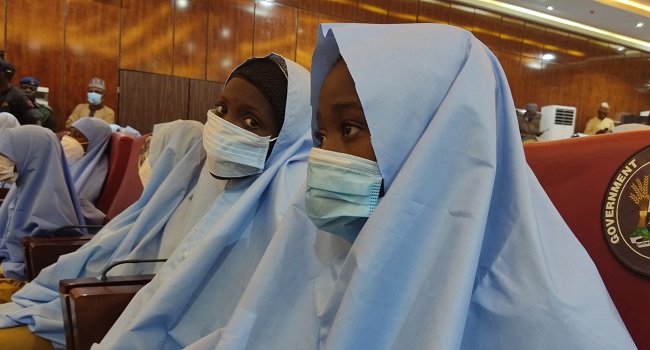 A group of girls previously kidnapped from their boarding school in northern Nigeria are seen on March 2, 2021 at the Government House in Gusau, Zamfara State upon their release. – All 279 girls kidnapped from their boarding school in northern Nigeria have been released and are on government premises, the local governor told AFP Tuesday.
Nigeria has been rocked by four mass abductions of students in less than three months, sparking widespread anger against the government and memories of the 2014 kidnapping of hundreds of schoolgirls in Chibok, in the country’s east, that shocked the world. (Photo by Aminu ABUBAKAR / AFP)