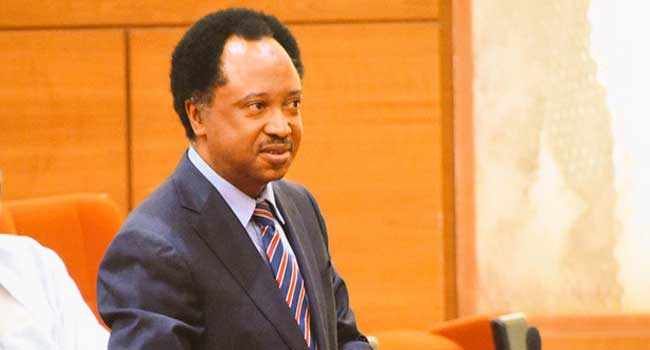 Senator Shehu Sani says that the scheduled rerun elections in some states across the nation are geared towards favouring the ruling party.

According to Senator Sani, the “Rerun polls are a resit exam for the ruling party”

Rerun polls are Resit exams for the ruling party.

Senator Sani followed that with another Twitter posting on Thursday, March 14 in which he accused both the present and previous governments of not wanting any serious electoral reforms because they benefit from the failings of the polls which have been held so far.

He, however, noted that only the former President Goodluck Jonathan was able to approve an advancement in the nation’s electoral process, stressing that it was the same approval he gave that saw to the termination of his reign.

The Previous Governments including the one in power doesn’t want any serious electoral reforms because they tend to benefit from its failings.Its only GEJ that can appoint an INEC chair he never met & never knew & approved of technology for use that can terminate his reign.

Senator Sani who lost his re-election bid to represent Kaduna Central Senatorial District in the National Assembly said recently that he was robbed and deprived of his mandate.

Sani, who was a guest on Channels Television’s Politics Today, attributed his defeat to alleged electoral malpractices in the polls.

“I don’t think I lost that election because you oddly lose an election when it is free, fair, and credible,” said the candidate of the People’s Redemption Party (PRP) during his appearance on the programme on Monday.

He added, “When it is a robbery, it is either you are robbed, or you robbed, and in that case; I was robbed.”

A Federal High Court sitting in Osogbo, the Osun State capital, has dismissed an application filed by the Peoples Democratic Party (PDP), seeking a mandatory order of reversal of the 2011 National and State House of Assembly elections conducted by the Independent National Electoral Commission (INEC) in Osun state.

Justice Babs Kuewumi while delivering his ruling said the court had ‎no jurisdiction to hear or rule on the suit, stating that only an election petition tribunal had the authority to hear any matter relating to elections.

Justice Kuewumi said although the second defendant, the Resident Electoral Commissioner in Osun State, Ambassador Rufus Akeju, as at the time of the said election in question, did not obey the court order which restrained him from conducting the elections, the court had no jurisdiction to hear the suit.

While the INEC counsel declined to speak to the press, counsel to the PDP, Mr Kehinde Adesiyan, described the the ruling as erudite but maintained that the judgement would be appealed.

He stressed that since the case falls under pre-election matter, it doesn’t require an election tribunal to hear it.

The Peoples Democratic Party is seeking among other things the reversal of the elections as well as the withdrawal of certificates of return to the winners of the 2011 elections conducted which saw the opposition party, the All Progressives Congress clearing all the seats to the National and State House of Assembly.