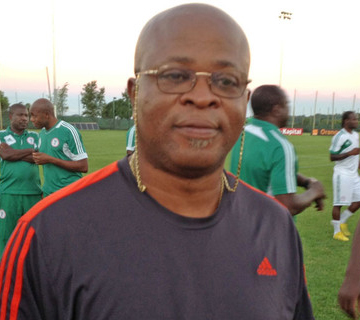 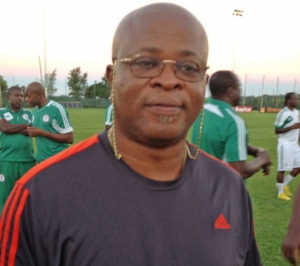 An Executive Member of the Nigeria Football Federation, Emeka Inyama has revealed that the contract renewal for Coach Stephen Keshi is at an advanced stage and the contentious issue of his monthly salary would be resolved soon.

Inyama, speaking on Channels Television’s ‘Sport This Morning’, said that the Federation was seriously working hard to make sure that they resolve the salary issue as soon as possible before the African Cup of Nation qualifier against Congo and South Africa next month.

”On the contract talks with Keshi, we have resolved 90% of the issue. It is just the contentious issue of how much to be paid at the end of the month (that is left)”.

He further said that the NFF was being careful not make promises of an amount it would be unable to pay at the end of every month. “So we have to arrive at an amount that will be favourable for the parties involved so that at end of every month he will not be owed or his salary going into arrears” Inyama said.

Inyama, who is the Head of Media and Publicity of the NFF, expressed confidence that Keshi was ready to coach the Super Eagles of Nigeria and he would be in charge of the 2015 AFCON qualifiers.

On the NFF election, Inyama said that the General Congress, slated for August 26 in Warri, Delta State, would make a decision as to when the election would be held, so that those who are interested in contesting would not be disenfranchised.

”FIFA had categorically stated that we should give opportunities for people that want to take part in the election and no one should be disenfranchised. So it will be unfair to go ahead with an election where people will have grievances and go to court for one reason or the other”.

Inyama also praised the Falconents for beating Korea DPR 6-2 to qualify for the final match of the FIFA U-20 Women World Cup in Canada. He revealed that the NFF had provided everything to support the girls, including the camp allowances and winning bonuses, adding that they made sure that the crisis in the boardroom did not affect the performance of the girls on the pitch.

The Super Falconets play Germany in the final, (which is a repeat of the Germany 2010 finals) and Inyama said that the NFF was doing everything possible to make sure Nigeria becomes the first African country to win the World Cup.