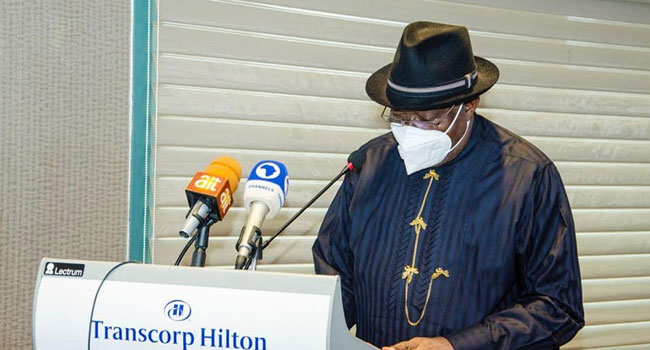 The All Progressives Congress (APC) has said it would welcome former President Goodluck Jonathan if he decides to join the ruling party.

A chieftain of the party, Sen. John James Akpanudoedehe, who was a guest on Channels Television’s Politics Today on Wednesday, said if the Nigerian ex-President defects to their fold, it will strengthen the party’s structure.

“I am hearing that for the first time that we are expecting the former President. That will be great news. We will welcome him; that will also strengthen the party,” Akpanudoedehe, who is also the National Secretary, APC Caretaker and Extra-ordinary Convention Planning Committee, said.

When asked if APC would pick Jonathan as its presidential candidate should he join its fold, the party’s spokesman neither confirmed nor opposed it.

Rather, he said the ruling party has a special waiver for new members, including the privilege of vying for any political office in the country.

“The last National Executive Council (NEC) of the party actually gave a blanket approval to any individual that if you join APC today, it is as if you are a founding member of the party.

“So, anyone who joins today has the same opportunity to run for any office in this party. It has always been so, so I am not speculating,” he added.

Jonathan emerged as Nigeria’s president after the death of ex-President Umaru Musa Yar’Adua on May 5, 2010.

The former Bayelsa Governor and Yar’Adua ran under the platform of the Peoples Democratic Party (PDP) in 2007.

After winning the 2011 presidential poll, Jonathan’s re-election bid was dashed as he lost to incumbent President Muhammadu Buhari of the APC in 2015.

As the 2023 election draws closer, reports suggest that the ex-President might dump the PDP for the APC and that he is also considering vying for the country’s number one seat. 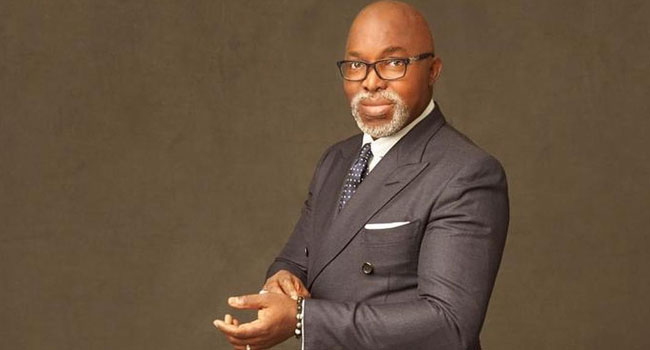 The Edo State government has constituted a seven-man committee to be headed by professor Rose Egonmwan which will investigate the financial management of the Edo State Polytechnic, in Ovia southwest Local Government Area.

According to a statement signed by the secretary to the state government, Osarodion Ogie, the terms of reference of the committee includes; to examine the administrative structure of the institution in line with the law establishing the institution; to establish the actual students’ population against the accredited schools and department; to investigate the quality of the training programmes in the institute especially in relation to standards; to examine the finances of the institute in the area of revenue generation, expenditure, transparency, accountability and observance of due process.

Other terms of reference include; to critically look at the mode of employment and promotion at the Institute with a view to determining whether due process was observed in the recruitment and promotion and whether the staff strength vis-à-vis the carrying capacity of students’ population of the institution is balanced and reasonable; to look into any matter which in the opinion of the committee is incidental to its assignment and make recommendation that will assist the state government to reposition the Institute for quality service delivery and global competitiveness.

According to the statement, the Secretary of the Committee is Mrs. Sede E. I (office of the SSG) while other members of the committee include Prof. Victor Igbinedion of the University of Benin; Sir Steve Omoijuanfo (MD Nigerian Dynamic LTD); K.I.K Iyamu (NLC); Daisy Osunde (NLC) and Adams Akhogiemi of EDSIEC.