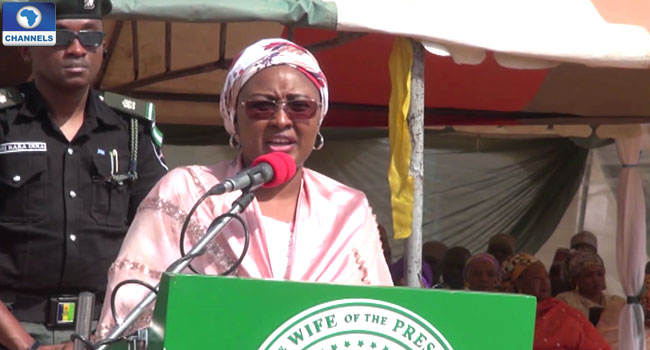 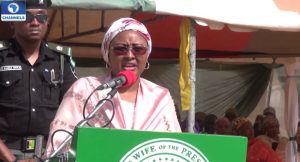 Wife of Nigeria’s President, Mrs Aisha Buhari, has commended the patriotism and resilience of the military in its sustained effort to rid the country of the Boko Haram insurgents.

Mrs Buhari gave the commendation when she visited about 50 soldiers who sustained various degrees of injuries in the battle field and were receiving treatment at the 44 Army Reference Hospital in Kaduna State, northwest Nigeria.

Presenting some gift items to the wounded soldiers and officers, the first lady, who was represented by wife of the Deputy Governor of Kaduna State, Mrs Ladi Bantex, commended them for their gallantry in protecting Nigeria’s territorial integrity.

She lauded their effort in ensuring that peace was restored in the troubled northeast region and prayed for their quick recovery with an assurance that their efforts would not be in vain. 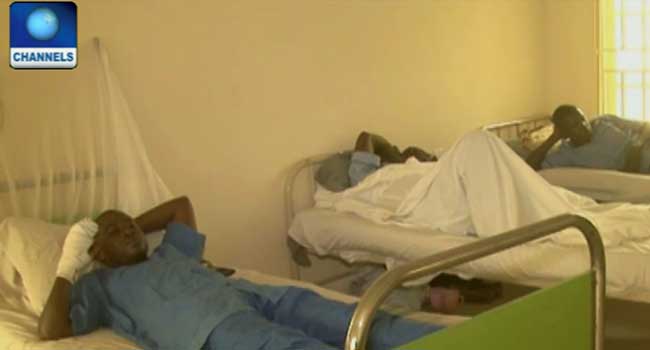 Also, the delegation visited the Obstetrics/Gynecology wards to offer gifts to patients as well as pregnant and nursing women at the hospital.

The Medical Director of the Centre, Brigadier General Ikechukwu Okeke, who commended the gesture, revealed that the soldiers were injured during the Operation Lafiya Dole operations.

He added that some of them were responding to treatment, while those with critical cases had been flown abroad for further treatment. 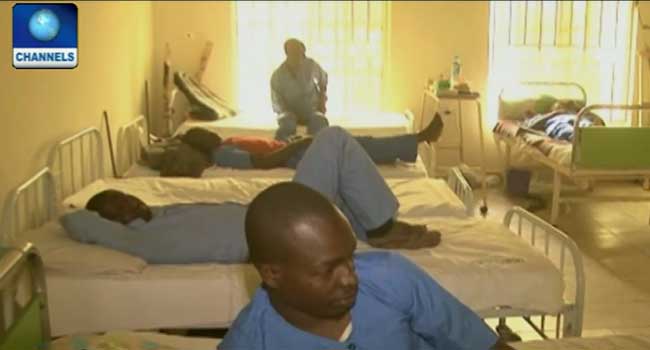