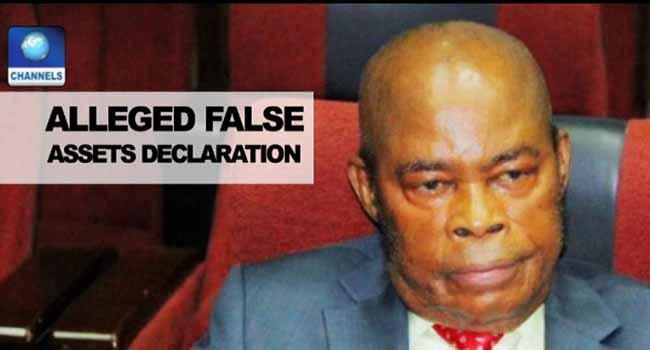 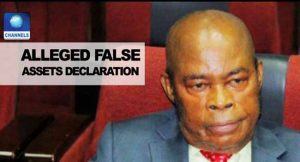 Justice Sylvester Ngwuta has pleaded not guilty to eight charges bordering on false declaration of assets preferred against him by the Federal Government before the tribunal.

According to the Attorney-General of the Federation, Abubakar Malami, Justice Ngwuta contravened section 15 of the Code of Conduct Bureau and Tribunal Act, laws of the federation of Nigeria, which is punishable under section 23 (2) of the Act.

The Chairman of the CCT, Justice Danladi Umar, adjourned the matter for hearing to July 12, 2017 after the judge pleaded not guilty.

Justice Ngwuta is one of the judges whose residence was raided in October 2016 by the Department of Security Service, which uncovered huge sums of money in in the process.

He is also standing trial before Justice John Tsoho of the Federal High Court, Abuja, on an amended 16 counts bordering on money laundering.