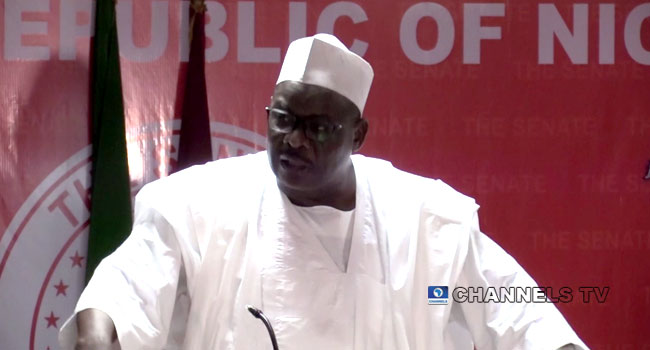 The Chairman, Senate Committee on Army, Senator Ali Ndume, has said that Nigeria lost over 847 soldiers fighting in the North East to Boko Haram from 2013 to date.

Ndume, who stated this while briefing journalists in Abuja on the findings by his colleagues who recently returned from Maiduguri, explained that the figures are for only soldiers buried in the Military cemetery located in Maiduguri, the Borno State capital.

“From the record, we saw in the cemetery, by their record, I think we lost over 847 soldiers from 2013 to date that is their record.

“And they have other cemeteries elsewhere in Abuja and other places where they bury their victims.”

He also debunked allegations that a mass burial is conducted for soldiers by the Nigerian Army in Maiduguri, stressing that the military ensures the bodies of victims are retrieved.

“The allegation that there is a mass burial; when I saw it there, it is not true.

“Nigerian Army will never do that; In fact, if any of them is missing, they go out to search, to get that person to declare whether he is dead or alive; even if he is dead, they try to retrieve the body.”

Mr. Ndume also said that a panel has started investigating allegations that some Non-Governmental Organisations operating in the North-East, were providing useful information to the Boko Haram leaders.

“Another area of concern which the senate will look into is this allegation that the various NGOs in that area are conniving with the insurgents, providing them with information, logistics, and so many things.

“Well, I have been critical about this from the beginning, but it has come out now that a few of them operating there are actually aiding, abating and supporting the insurgents.

“But, we will do an investigation and you will hear if we have the evidence. So far, we have evidence, we just want to make it credible,” he added.