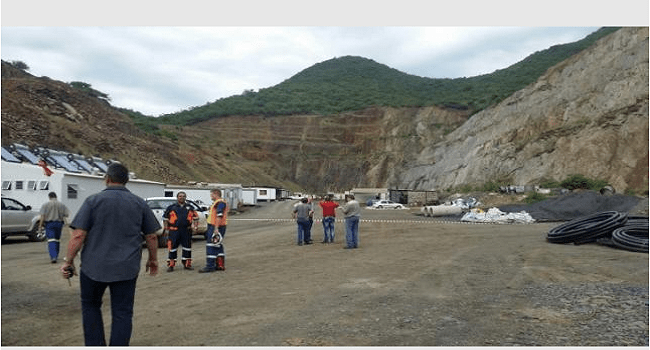 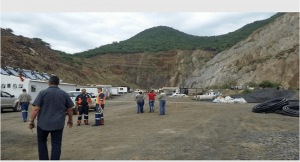 Almost 90 miners were rescued and three were still missing after a cave-in at a gold mine in northeastern South Africa on Friday, the firm that owns the mine said.

The collapse at the mine’s main entrance trapped 87 workers underground, all of whom were rescued, Vantage Goldfields (VTGFF.PK) said in a statement. However, three others who had been working on the surface at the time of the collapse could not be accounted for.

No fatalities were reported. However, there was confusion regarding the number of workers involved.

“As we speak they might already all be out. Most have been evacuated,” Mike McChesney, chief executive of the small gold producer told Reuters by telephone from the mine in Barbeton town in Mpumalanga province about 360 kilometers (225 miles) east of Johannesburg.

McChesney and the Association of Mineworkers and Construction Union initially said 115 workers had been trapped.

South Africa’s mines are the deepest and among the most dangerous in the world. Fatalities in the industry have been falling due to both improved safety practices and a reduction in the labor force as production declines.

Vantage Goldfields is an Australia-based company mining gold at Barberton, a town that traces its origin in the country’s 19th century gold rush. Vantage was delisted from the Australian bourse in January 2015.

The mine workers union later said 78 workers had been rescued and three workers were missing. The reason for the discrepancy between the union’s figures and the company’s was not immediately clear.

“At this point, it’s unclear what caused the disaster,” Manzini Zungu, a spokesman for the union said.

Last year, 77 workers were killed in mining accidents, the lowest number on record, compared with 84 in 2014.