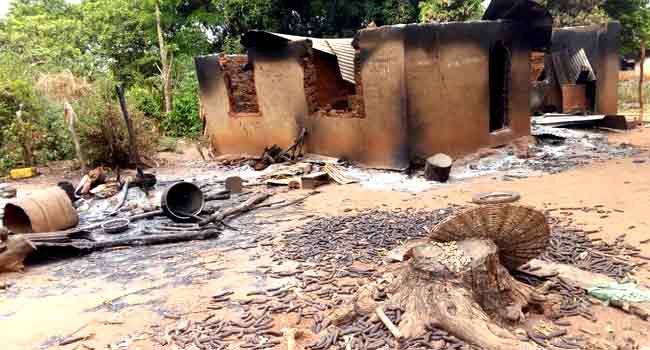 An international human rights group, Amnesty International (Amnesty) has released a new report which suggests that negligence on the part of the Nigerian government in the herders-farmers clashes across the nation, has led to the death of over 3000 Nigerians.

Amnesty International alleged in its new report that the deaths recorded could have been avoided or mitigated if the government was not lax about investigating communal clashes and bringing perpetrators to justice.

In a recent report, both the Nigerian government and the army were accused of contributory negligence.

Below are 6 major claims made by the rights agency.

Amnesty International says it has been monitoring the clashes and documenting its violent eruption since January 2016.

According to the group, the report was put together by research which included 10 field trips, visits to 56 villages in 5 states and interviewing about 262 persons. The group says it has analysed 230 documents and 566 audio-visuals.

2. Crisis Stems From Scarcity Of Resources

According to the report by Amnesty, the turbulence began between farmers and herders due to “scarcity of and competition for resources, mainly land, water, and pasture”.

In 2018 alone, over 2000 people have died from clashes between herders and farmers, says the report by Amnesty International. It noted that within the space of 3 years, at least 3,641 had taken place owing to this communal clashes.

AK-47s, G3s, locally made guns, rocket launchers, and machetes were used in the clashes says the report by Amnesty. The report also listed the makers and manufacturing dates of ammunition casings found in the field.

While the report acknowledges that the Buhari-led government ensured the setting up of a committee headed by the Vice President, Yemi Osinbajo, Amnesty claimed that the government did not take extra initiatives to curb the menace.

The committee headed by the VP was tasked with visiting all communities affected by the crisis to better understand how to “ameliorate the sufferings of the people in those areas and resettle them,” however, the communique claimed that beyond issuing statements and addressing the attacks after they have happened, “not enough is being done by the Federal and State governments to bring those reasonably suspected of involvement in crimes to justice”.

Amnesty further claimed that despite calls to address the “widespread cycle of impunity, only a few measures have been taken to bring perpetrators to account”.

The report also went on to assert that a couple of the attacks would have been avoided if the security operatives played their roles accordingly. It cited cases where operatives were withdrawn just before attacks took place.

There were also claims of police collecting money from villagers and still not arresting attackers.

Issues of human rights violations were also raised against security operatives with some major jibes taken at the Nigerian army.

However, both the Nigerian army and then the government have expressed complete disapproval of the latest report by Amnesty International.

The Nigerian army accused Amnesty International of working to destabilise the country.

In a statement on Monday by the Director, Army Public Relations, Brigadier General Sani Usman, the military alleged that the human rights group has deviated from the core values, principles and objectives of the global organisation.

“They have tried over the years using Boko Haram terrorists’ conflicts, Islamic Movement in Nigeria, some activists and now herders-farmers conflicts.”

In a similar vein, the Nigerian Government also accused Amnesty International of bias in its coverage of happenings in the country, especially as it relates to security matters.

The Presidency through his Senior Special Assistant on Media and Publicity, Mr Garba Shehu, decried the role of the organisation in the war against terrorism in the North East.

According to him, President Muhammadu Buhari cherishes the standards on which Amnesty International similar institutions are founded.

He, however, alleged that the operations of the organisation in the country appeared to be aimed at frustrating the efforts of the military.