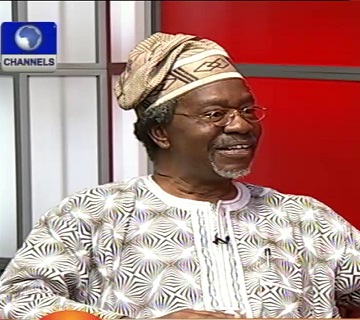 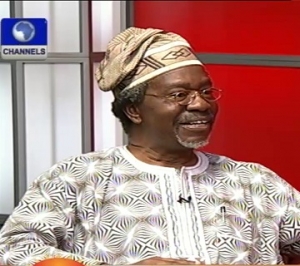 Nigerian electorates have been asked to first consider the performance of candidates vying for political positions before their religious affiliations and ethnicity.

A Professor of International Law with the University of Lagos, Professor Akin Oyebode, said on Friday that the issue of religion that delayed the choice of a running mate for the presidential candidate of All Progressives Congress (APC), was skin deep because “it will not put food on the table”.

“We know what the ruling Peoples Democratic Party has put on the table in the last 15 years or so,” he said, referring to the APC as the joker in the 2015 presidential election.

Before the selection of Professor Yemi Osinbajo as the running mate of the APC presidential candidate, Muhammadu Buhari, critics, including a former president, Mr Olusegun Obasanjo, had stressed that a Muslim-Muslim ticket for the party would be a flaw for it in the presidential election.

Professor Oyebode said: “The choice of Buhari and Osinbajo seems to be a ticket that should be given a considerable attention.

“What people do not know is that Osinbajo is an activist against corruption. He set up the integrity NGO in terms of good corporate governance,” he said.

The Professor further pointed out that General Buhari’s track record on anti-corruption was also a good point for the party.

“With what we have seen before now and what is promised for Nigeria for a turn around, I think we are in for interesting times and I am optimistic that there would be a dare choice in terms of the ticket.

“We should not border so much about the process that brought professor Osinbajo in.”

He further explained that the sentiment on the religion of the candidates was as a result of what was happening in the north-east.

“Religion factor is a red-herring, but good governance should be the acid-test for any arrangement that we have.

“Nigerians are asking for a change and to bring the change you have to be circumspect so you do not throw away the baby with the water.

“Nigerians should vote, either to keep the status quo or they want to move Nigeria forward. If we are not okay with what we have seen in the last 15 years, then the time for change is now,” he said, emphasising that the ballot box is a platform to change the trend of things, if Nigerians feel they are not as they should be.

Professor Oyebode also stressed the need for people in governance to ensure that individuals of  integrity are chosen to head institutions, in order to make them outstanding.

Giving his opinion on the state of the nation, Professor Oyebode, who was a delegate at the national conference held few months ago to fashion out a new constitution that will move the oil rich nation forward, expressed fears that “not much will come out of it despite all the promises that the recommendations will be actualised”.

“The report is still gathering dust on the office of the Secretary to the Government of the Federation. We wanted a new constitution for Nigeria because Nigeria has been living a lie.  What we have is decree 24 of 1999 which is masquerading as the constitution of Nigeria.

“The National Assembly seem to have stolen all the recommendations of the conference, but  if you want to move Nigeria forward, look at the leadership we have had from 1999 to date.

“That is what democracy is all about. The right to choose and to use the ballot box to vote out a government that is under-performing.

“You must challenge the government. Ask uncomfortable questions of your leaders. We should do away with the carry-go mentality.

“Critics are not enemies because it is the supreme act of patriotism to be critical of your government. The more critics we have the better for our country.

On whether the girls that were abducted in April by members of the Boko Haram sect would be rescued as the government had continued to promise, he said “the rescue operation of the Chibok girls is a lost cause”.