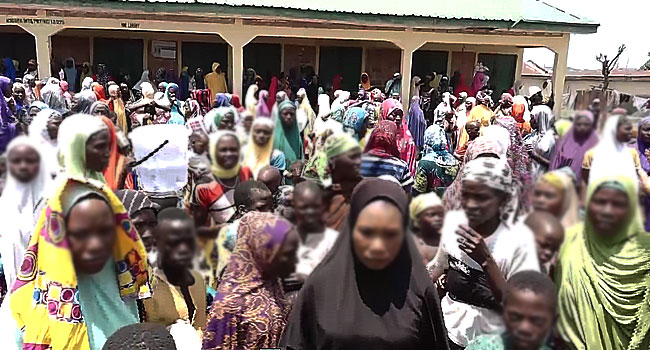 Global humanitarian aid provider, Action Against Hunger has called on relevant authorities to allow them to continue their humanitarian work in the northeast.

The Nigerian Army had accused the group of aiding and abetting terrorists despite several warnings to desist from the act.

In a statement issued by the Deputy Director Army Public relations of Operation Lafia Dole, Col. Ado Isa, the Force claimed that the command had obtained several credible intelligence, indicting the group as one of those NGOs operating in the northeast, notorious for supplying food and drugs to criminals in the area.

Consequently, the army declared the group a persona non grata.

In response, the AAH said it did not receive prior notice or explanation for the action and therefore, it had to halt the assistance it provides to millions of people in Maiduguri, Monguno and Damasak with immediate effect.

It, however, maintained that it delivers neutral, impartial and independent humanitarian aid to millions of people in Borno State by providing basic services to the most vulnerable people, especially women and children.

On July 25, a video surfaced on the social media showing four aid workers with Action Against Hunger who said they had been kidnapped by ISWAP terrorists since July 18.

One of the victims who identified herself as Grace pleaded with the government and the Christian Association of Nigeria to come to their aid and secure their release from their captors.

Since then, nothing has been heard about the whereabouts of the said aid workers, neither has anyone confirmed their release or spoken about any form of negotiation.