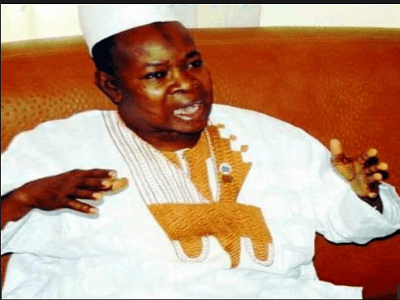 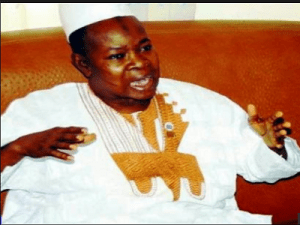 President Goodluck Jonathan has expressed shock and sadness over the death of renowned business man and religious leader, Abdul–Azeez Arisekola-Alao.

A statement by the Special Adviser to the President on Media and Publicity, Reuben Abati, read: “On behalf of himself, the Federal Government and the people of Nigeria, President Jonathan extends sincere condolences to the Arisekola-Alao family as well as the people of Ibadan and Oyo State on the passing away of the famed Aare Musulumi of Yorubaland.

“As they mourn the famous entrepreneur, community and religious leader, President Jonathan urges his family, relatives, friends, associates and dependents to be comforted by the fact that Alhaji Arisekola-Alao lived a much fulfilled life, and in passing on, leaves behind a legacy of significant and commendable achievements.”

The President also noted that Arisekola-Alao would always be remembered and honoured, especially for the remarkable entrepreneurial skills with which he established many successful businesses and created jobs for numerous Nigerians, as well as for his religious leadership and philanthropic gestures.

He prayed that God Almighty would receive his soul and grant him eternal rest.

Also, the Governor of Lagos State, Babatunde Fashola, has also sent his condolence to the family of the late businessman. The Governor said that the passage of the front line politician and religious leader would leave a vacuum that would be very hard to fill in Oyo State in particular and Nigeria in general.

According to the Governor, Aare Arisekola would be sorely missed by all for his widely acknowledged philanthropy, statesmanship and entrepreneurial leadership.

Governor Fashola said that the indelible mark left by Arisekola in the field of commerce and industry and the contribution he made to the economic development of the South West region and Nigeria in general would never be forgotten in a hurry.

The late Ibadan businessman and the Aare Musulumi of Yorubaland, Abdulazeez Arisekola Alao died on Wednesday June 17 at a hospital in Switzerland where he was undergoing treatment.