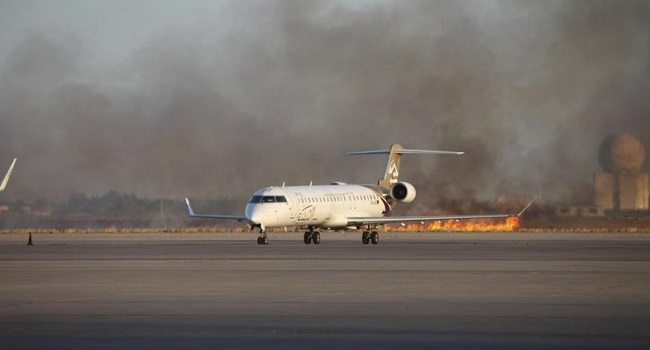 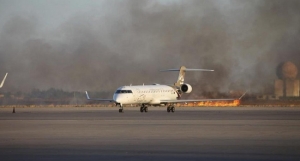 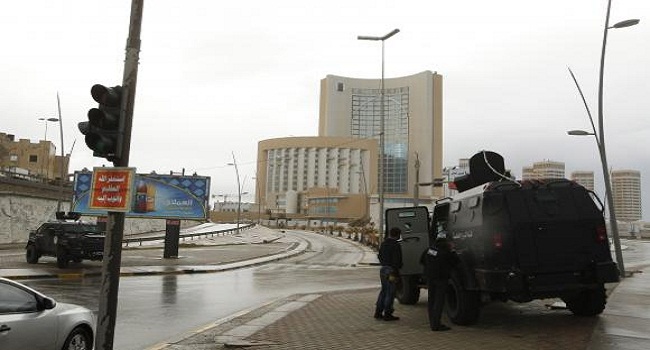 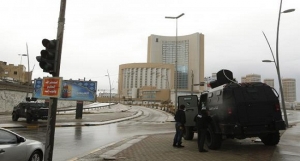 Heavily armed gunmen stormed a luxury hotel in Tripoli favoured by Libyan officials and visiting delegations on Tuesday, killing at least nine people, including foreigners, before blowing themselves up with a grenade.

Several gunmen stormed the Corinthia Hotel and opened fire in the reception area. A car bomb also exploded nearby.

It was one of the worst assaults targeting foreigners since the 2011 civil war that ousted Muammar Gaddafi and fractured the oil-producing North African state into fiefdoms of rival armed groups with two national governments, both claiming legitimacy.

Militants claiming ties with Islamic State in Iraq and Syria said in a Twitter message they were responsible for the attack, which they said was revenge for the death in the United States of a suspected Libyan al Qaeda operative, according to the SITE monitoring service.

The Twitter account linked to IS said the group had carried out the attack in revenge for the death of Abu Anas al-Liby, a Libyan jihadist who was suspected of involvement in the bombings of two US embassies in East Africa in 1998.

Liby died in a US hospital on 2 January, days before he was due to stand trial.

A civilian who witnessed the attack told the BBC: “I suddenly heard shots and saw people running towards me, and we all escaped from the back [of the hotel] through the underground garage. The hotel did a lockdown after that.”

Two U.S. officials earlier said they were investigating whether an American was killed in the attack. A security officer was also killed in the clashes and three guards died when the attackers set off a car bomb in the car park outside the hotel.

Most foreign governments closed their embassies and pulled staff out of Tripoli after factional fighting erupted in the capital last summer. But some diplomats, business and trade delegations still visit the capital.

Envoys from the United Nations, which is holding talks in Geneva with some of Libya’s warring parties to try to end hostilities, have also been in Tripoli.

The Corinthia Hotel is used by foreign diplomats and government officials. The UN Support Mission in Libya (Unsmil) has hosted several workshops at the hotel.

Libyan Prime Minister Abdullah Al-Thinni condemned the attack and pledged that those responsible for it would be brought to justice.

Federica Mogherini, the EU’s foreign affairs chief, also condemned the attack which took place as a second round of peace talks between Libya’s warring factions ended in Geneva in what the UN described as a “positive atmosphere”.

Libya has been hit by instability since the overthrow of long-time ruler Col Muammar Gaddafi in October 2011.