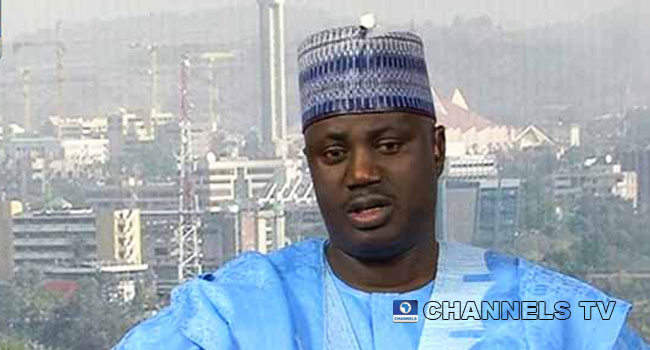 The sponsor of the bill to establish a National Commission for the Prohibition of Hate Speech, Senator Abdullahi Sabi, has vowed to go ahead with the bill despite criticism from various quarters.

Briefing journalists at the National Assembly on Monday, Senator Sabi explained that he is sponsoring the bill because of the dangers that hate speech portends for the country.

He added that the bill has no ethnic or political undertones.

The bill was introduced on the floor of the Senate on November 12.

According to the lawmakers, the purpose for which the Commission is being proposed is to eliminate all forms of hate speech in Nigeria and to advise the Government of the Federal Republic of Nigeria on all aspects thereof.

The bill also proposes that any person who commits an offence deemed as hate speech, shall be liable to life imprisonment and where the act causes any loss of life, the person shall be punished with death by hanging.

Section 4 of the Bill defined the act of hate speech as:

(1) A person who uses, publishes, presents, produces, plays, provided, distributes and/or directs the performance of any material, written and or visual which is threatening, abusive or insulting or involves the use of threatening, abusive or insulting words or behavior commits an offence if such person intends thereby to stir up ethnic hatred, or having regard to all the circumstances, ethnic hatred is likely to be stirred up against any person or person from such an ethnic group in Nigeria.

2) Any person who commits an offence under this section shall be liable to life imprisonment and where the act causes any loss of life,  the person shall be punished with death by hanging.

The bill proposal came about a week after the Protection from Internet Falsehood and Manipulations Bill 2019, passed through first reading at the Senate.

The proposed legislation seeks to prevent the broadcasting of falsehood and manipulations using social media platforms via internet broadcasts and transmissions.

It is reminiscent of the Social Media Bill which was introduced in the Eight Assembly but was not passed because of widespread condemnation of the bill which some Nigerians felt was intended to stifle freedom of expression.