The Federal High Court sitting in Lagos has convicted 14 foreigners for dealing in petroleum products in Nigeria without lawful authority.

Justice Ibrahim Buba on Friday, found them guilty of dealing in 1,738.087 metric tons of petroleum product  without lawful authority or licence as alleged by the Economic and Financial Crimes Commission (EFCC).

In the judgment, Justice Buba held that he was satisfied that the prosecution led by Rotimi Oyedepo had proved its case against the defendants beyond reasonable doubts.

The judge then sentenced 11 out of the 14 convicted foreigners to two years imprisonment each with an option to a pay a fine of 5 million Naira each on the five counts levelled against them.

The Court also said that the sentence would run from last year March when they were apprehended by the Nigerian Navy and handed over to the EFCC.

Three of the foreigners, who had jumped bail and absconded, were sentenced to five years imprisonment without an option of fine.

The three convicts who jumped bail are Russians.

The judge convicted and sentenced them in absentia and issued a warrant for their arrest, emphasising that their jail term would commence on whatever day they would be re-arrested.

The judge also ordered the forfeiture of the petroleum products and their vessel to the Federal Government.

He ordered the two companies convicted alongside the foreigners to pay a 5 million Naira fine on each of the five counts levelled against them.

The EFCC had on June 10, 2015 arraigned the 14 convicts on four counts before Justice Buba.

The charge was later amended and the counts increased to five.

The convicts were arraigned alongside their vessel – MT Anuket Emerald, and two companies – Monjasa DMCC and Glencore Energy UK Limited.

They were identified as citizens of Russia, Ukraine, Philippines and Japan.

The prosecutor, Mr Oyedepo, had told the court that the men were handed over to the EFCC by the Nigerian Navy which on March 27, 2015 intercepted them with their vessel, MT Anuket Emerald, loaded with crude oil estimated at 1,738.087 metric tons.

The foreigners were equally said to have been found in unlawful possession of 1,500 metric tons of Automated Gas Oil as well as 3,035 metric tons of Low Pour Fuel Oil.

They had pleaded not guilty and were granted bail in the sum of 50 million Naira each, which was guaranteed by Zenith Bank Plc.

Upon the disappearance of the three Russians, the court had subsequently ordered Zenith Bank to forfeit 150 million Naira to the Federal Government.

In his judgment, Justice Buba said he was satisfied that the prosecution proved its case against the defendants beyond reasonable doubts, adding that he had no difficulty in convicting them on all the five counts preferred against them.

Upon their conviction, the defence counsel, Koku, urged the court to temper justice with mercy, saying the convicts were young men in their prime, who had no previous records of conviction.

Koku said the 11 convicts, who were in court, were only employees carrying out the instruction of their employer and were not privy to the deal.

“We plead for mercy, My Lord,  Abraham Lincoln said, ‘I have always found that mercy bears richer fruits than strict justice.’ The convicts are young men in the prime of their lives. They have no family ties in Nigeria. In fact, the convicts here are not the ones in control of the ship. They can at best be described as the laymen of the crew,” Koku said.

Quoting James 2:3 from the Bible and making reference to the Quran, Koku urged the judge to allow mercy to triumph over judgment.

On his own part, Oyedepo said that the EFCC had found no previous conviction record on the convicts.

He urged the judge to “invoke the spirit behind Section 1(17) of the Miscellaneous Offences Act,” in sentencing them. 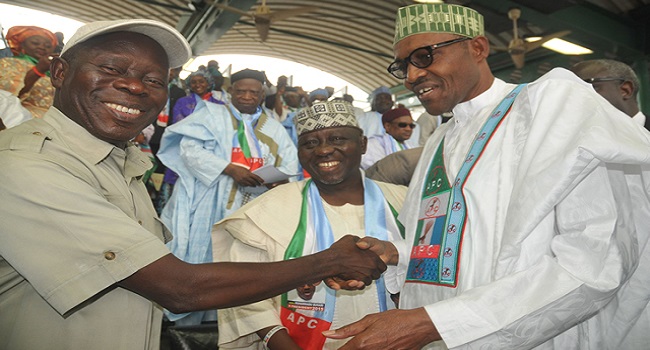 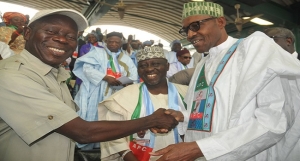 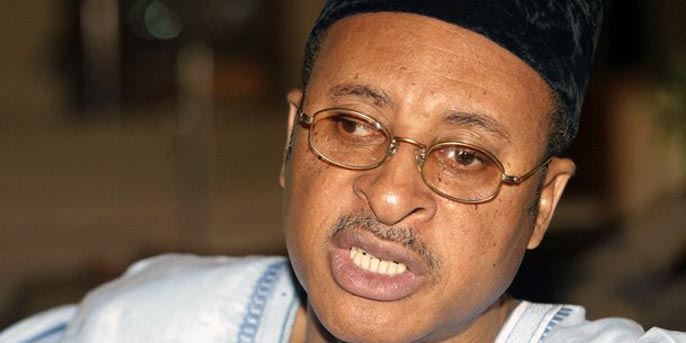 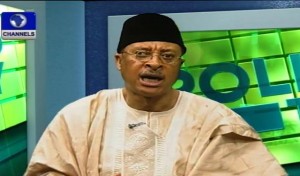 Renowned Economist and former Nigerian presidential candidate, Professor Pat Utomi, believes that the problems facing Nigeria are those of character, leadership and pride of politicians.

Speaking on Channels Television’s Politics Today, he said that the solution to Nigeria’s problems was in rallying the country’s most influential persons to come together and seek solution.

“In most civil wars in the world, not as many people die as die in Nigeria everyday. The blood of innocents are now washing the streets of Nigeria, this is unacceptable, it cannot continue to go on”, he said.

Calling on all statesmen to come together and forget about their political differences to save Nigeria, Prof Utomi noted; “The country is dying; we can pretend all we want but Nigeria is dying.”

There had been dissenting views as regards the strategy with which to deal with the Boko Haram insurgents and Professor Utomi admitted that throughout the world there had been challenges relating to terror and starting out by accepting to trade hostages with terrorists always end up like blackmail as the terrorists would keep coming back, but he also added that the case of Nigeria was bigger.

He explained that the issue was not just about whether or not to negotiate, as it was more complex. According to him, Israelis exchanged prisoners with the Palestinians in times of crisis and the case of Nigeria should not be handled with rigidity as there were needs for ‘below the line’ approaches.

He made reference to the Nigerian Civil War when then military Head of State, General Yakubu Gowon, called together different leaders from a wide range of ethnic backgrounds to find a solution and the strategy brought the much desired solution.

Speaking about the rallying which was likened to a war cabinet, Utomi said that the makeup of the group should not be seen as another political issue as the concern of Nigerians should be to look for persons of high intellect and political stature who could influence change.

Going down memory lane, tracing the genesis of Nigeria’s problems, Utomi said that there was a fundamental error in 1998 with Head of State, General Abdulsalam Abubakar rushing into the democratic processes which brought the political leadership back in a hasty manner as the political structure in Nigeria was not ready.

He said that the politicians at the time had also not come to terms with the real values of democracy and since then Nigeria has been a mess.

In moving forward, Utomi advised that there was need to seek change without fear and pride.

He referred to former American leader, Abraham Lincoln, as a true example of how leadership should be, as he emphasized the need for Nigerian politicians to shed self-pride and embrace shared values to enable the country move forward.

Bring Back Our Girls

The response of the Presidential delegation to a group of ‘Bring Back Our Girls’ protesters in Abuja, advising them to direct their protests to the terrorists had been drawing negative reactions from many Nigerians and Utomi said that he cried for Nigeria when he heard what was supposedly the response of President Jonathan to the protesters.

He said that the protest was such a great opportunity and he expected the President to wear the colours of the protesters, walk with them and show them that he felt their pains as a leader and parent.

He said that the Nigerian President “was presented on a platter of gold, the opportunity to be the Commander-in-Chief and he blew it.”

Drawing from the example of American President, Barack Obama, who had just paid an unscheduled visit to American troops in Afghanistan, Utomi said that this was the norm for a United States President and for a number of foreign leaders and he expected the Nigerian President to be able to do same.

He said that power was not worth it when ones humanity cannot be expressed as regards the lives of ordinary people. He did not expect the visit of President Jonathan to Chibok to be a matter to publicise, as it was supposed to be a normal thing for the President to show up in places of crisis and encourage the people and the troops.

He also expressed his disgust that until the outcry of the international community, “in more recent times we have seen again and again, dozens of Nigerians killed in this insurgency and there was no acknowledgement from the Government that something was wrong.

“If you have your humanity intact, the death of one Nigerian should diminish those who claim to lead us”, Utomi said.

He said that until the international community holds the African leaders accountable, the African people would not be able to experience true development.

Recommending an International Economic Crimes Court that would hunt leaders who have been found to have underdeveloped their countries due to corruption, he said, “by the time we put a few of our leaders in trial at The Hague, then Africa would start getting better.”

Utomi stated that policing is fundamentally a community based exercise and he believes that this would help to tackle the problem of insurgency in Nigeria.

He said that the corrupt nature of the politicians was the reason why many were opposing the idea.

He noted that it would be easier for someone who belongs to a community to identify troublemakers in that community, rather than the idea of bringing someone from a far distance who knows nothing about the community.

“Politicians are destroying Nigeria and they should be held accountable.”

As electioneering for 2015 gets more into focus with permutations by political parties and preparations by the electoral body, Utomi noted that the future of Nigeria would depend on the people as “the challenge before Nigeria is the Nigerian character.”