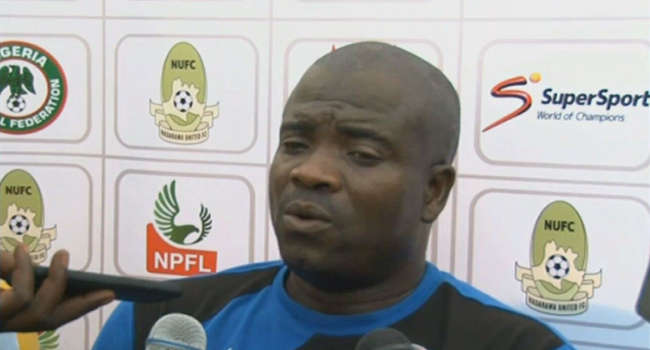 Head coach of ABS FC, Henry Makinwa insisted that the club has achieved its objective of developing younger players despite been relegated from the  Nigeria Professional Football League (NPFL) 2016/2017 season.

Makinwa admits the club was relegated owing to the inability of his players to cope with the stressful league campaign.

“We are lucky to have about sixteen to seventeen of them, each one of them is doing fantastic well, then the second round they got tired we have no replacement, in the mid-season we couldn’t buy tested players, one or two three players to head-forth fight for the team,” Makinwa told Channels TV.

“90 percent of our objectives this year is achieved, 67 percent of these boys will not stay here next season, they are going to bigger clubs which is one of the objectives.

“But to compete among the millionaire clubs is difficult, you have Eyimba, Akwa United, Ifeanyi Ubah – they have almost eight great African players from Cote d’Ivoire, Ghana, Cameroon they are playing here (Nigeria).

“These are school boys (ABS players) pick on the road and you try to make them compete – is tough,” he said.

Nigeria Professional Football League club, Sunshine Stars, have appointed Erasmus Onuh as new coach for the rest of the season.

Onuh replaces Henry Abiodun, who was suspended following allegation levelled against him by two of his players that he asked to become their representative in transfer dealings involving them.

According to the Ondo State Football Agency (ODSFA), which manages the affairs of Sunshine Stars, Onuh, who was the coach of ABS at one point, takes charge of the Akure–based club with immediate effect, while coach Abiodun is expected to be assigned a new role likely outside of the club.

“Following the recent redeployment of coaches under its supervision, the Management of the Ondo State Football Agency, ODSFA, led by the Chairman, Mr Akin Akinbobola, has confirmed the appointment of Coach Erasmus Onuh as the new Head Coach of Sunshine Stars.

”Coach Abiodun is to report at the office for further briefings as to his new assignment,” a statement from Sunshine Stars on Saturday disclosed.

Onuh had met with the players and backroom staff just hours before Abiodun was suspended.

Sunshine Stars are currently in the sixth position on the NPFL standings with 37 points, six behind leaders, Kano Pillars. 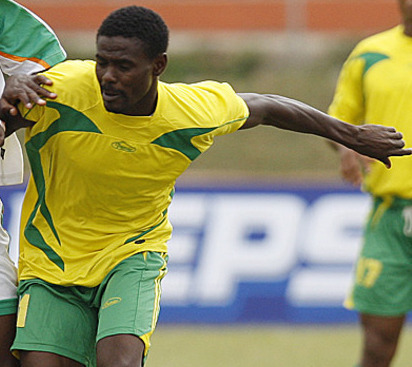 Rabiu Ali of Kano Pillars and kabir Sulaiman Dogo  of ABS FC have been named by the Nigerian Premier League Blogger Awards as player and Manager of the month respectively for March.

ABS went on an eight game winning streak, winning five and drawing three to earn their gaffer the award including a win at Kaduna United on match day 4 to show intent in his first game as care taker boss.

Trainer of the Saraki Boys further handed down a seven-game target to go unbeaten and surpassed it in same month.

However, only the duo of Baba Ganaru and Austin Eguavoen of Kano Pillars and Enyimba came closest to equaling the unbeaten feat of Dogo and his team.

Enyimba and Kano Pillars finished with one loss apiece in March.

But the real battle was in the player’s category where Ali, Bala Mohammed of Jigawa Golden Stars and Sibi Gwar of Niger Tornadoes were tied on four goals each.

Mohammed has been the talisman for the Golden Stars so far this season but two of his four goals came from penalties compared to Ali and Gwar, who scored all of their four goals each from open play.

The battle for the Player of March was trimmed down to Ali and Gwar with the former slightly edging the Tornadoes’ man.

Ali’s goals were able to help Pillars notch up wins against Sunshine Stars and 3SC while Gwar’s goals secured just a win for Tornadoes against Sharks and two draws against Enugu Rangers and Kwara United.

The organisers of the monthly award, the Naija Premier League Bloggers Awards, will present Ali and Dogo with certificates for their feat in April.

Senator Bukola Saraki has expressed displeasure, discontent and dismay over the poor state of Nigerian football, saying it’s corrupt and stinks and also in dire need of cleansing.

Saraki was speaking at the Teslim Balogun Stadium, Lagos during the final of the 2012 NNPC/Shell Cup

“We need to clean up Nigerian football because it is corrupt and stinks,” Saraki, who owns the only privately run club in the Nigeria Premier League, ABS FC, said.

“The NPL (board) should go and sort itself out. We can’t change the system from outside; we must do that from the inside. I am now a stakeholder and I am happy that I can contribute my quota to the development of football in Nigeria.”

The Senate Committee on Sports began its hearing on the dwindling fortunes of sports in the country on Monday and Saraki said he would address the issue in the upper chamber of the House.

“The game needs to be properly administered and we need to address the issues of violence and officiating. Our league matches must be entertaining. I am presenting a paper on my views about the country’s football at the senate hearing,” he added.

Saraki, who also established the Kwara Football Academy, said despite the recent success of ABS and KFA, he was not fulfilled.

He said, “I am not fulfilled because there is still a lot to do. We need sponsorship to sustain the level we are now. We have about four players from KFA in Europe and we also have some in the national teams.

“ABS is lucky to have an academy where they recruit youngsters and this should be emulated by other clubs. I hope the government encourages more private sector involvement in football. State governments can help but not as club owners.”