The Kaduna State chapter of the Peoples Democratic Party (PDP) has held a stakeholders conference aimed at repositioning the party to perform better in future elections, and to provide viable opposition to the ruling party, the All Progressives Congress (APC) in the state.

Addressing members during the conference, the Kaduna State PDP Chairman, Abubakar Haruna, blamed the party’s defeat in the 2015 election on the perceived widespread anomalies and irregularities that characterized the April 11 election in the state, whereby children under 18 were allegedly allowed to vote to the disadvantage of the PDP.

The PDP Chairman urged members to remain calm, as the leadership was doing its best to ensure that the party bounces back to reclaim the state from the APC.

The conference, which  held in the Kaduna State capital, was the party’s first major gathering since it lost power to the APC in the 2015 election.

The former Vice President, Namadi Sambo, and immediate past governor of the state, Mukhtar Yero, were absent.

Speakers at the event unanimously resolved not to allow the temporary setback arising from the 2015 polls affect the party’s contributions to the democratic development of the country.

Some of the party members faulted the use of Treasury Single Account (TSA) by the Federal Government as a conduit pipe by a few corrupt stalwarts of the APC to loot public funds.

They also challenged the APC-led government at both the federal and state level to prove its commitment to the fight against corruption by prosecuting some of its members involved in corrupt practices.

In their separate assessment of the APC government in the state, some PDP members faulted the demolition of people’s houses by the state government, stating that the action has brought about untold hardship to those affected.

The conference also resolved to advise party leaders at all levels against defecting to other political parties, and at the same time not to engage in activities that would disintegrate the party.

The leadership of the People’s Democratic Party (PDP) in Kaduna State has described as  “cheap blackmail and total falsehood”, allegations by the opposition All Progressive Congress (APC) that the incumbent administration of Mukhtar Yero has abandoned all ongoing projects inherited from the last administration of the late Governor, Patrick Yakowa.

In an interview with Channels Television, the Kaduna State PDP Chairman, Abubakar Haruna, said no ongoing project has been abandoned by Governor Yero, adding that 20 out of the 32 roads awarded by the former governor in 2012 have been completed by the Yero administration while the remaining others are at their various stages of completion.

He also said the Yero government had successfully empowered the youth and the elderly through the award of overseas scholarship to indigenous students, payment of pension arrears to civil servants who retired since 2005 and construction of over 300 classrooms and health centres across the state.

He further stated that the APC out of desperation had decided to use allegations of abandoned projects to discredit the ruling party especially now that the elections are around the corner.

He said APC’s “incontrovertible blackmail and attack on PDP members not only contravenes the Electoral Act, but also against the peace accord jointly signed by the governorship and other candidates”, aimed at preventing violence before, during and after the elections. 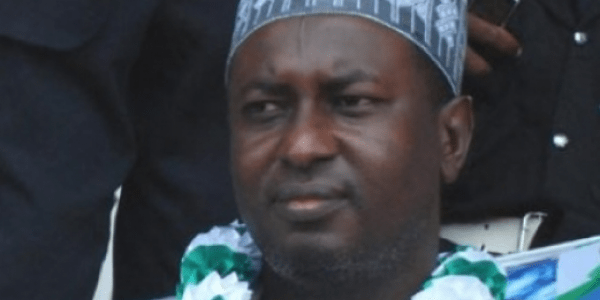 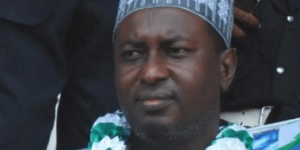 The Kaduna State chapter of the People’s Democratic Party (PDP) has passed a vote of confidence on the State Governor, Mukhtar Yero, saying that the party would support him for the 2015 governorship election in the state if and when he declares his interest to run.

The party, while declaring that it was evident that the state had made significant progress in many sectors under Yero’s leadership, also told the opposition political parties in the state  that there was no vacancy at the Sir Kashim Ibrahim House, the state seat of power come 2015.

Speaking to Channels Television during an interview,  the Kaduna State PDP Chairman, Abubakar Haruna, commended  the Governor for the  total support he has shown to the party and his uncommon interest in the affairs of Kaduna  State, particularly in areas of appointment and infrastructural development.

He described as false and malicious, allegations by a group of people in the state  that the Governor had abandoned all the ongoing projects he inherited from his predecessor, Late Patrick Yakowa, particularly in the southern part of the state.

The endorsement of the Governor by the PDP has, however, drawn the anger of a group from the southern part of the state, the ‘Concerned Realists of Southern Kaduna’,  which claimed that their people had been marginalised and that no meaningful development had been recorded in the state since the Governor succeeded  the late Governor Patrick Yakowa, who died in a helicopter crash  in December 2012.

The group, at a news conference, said that the people of southern Kaduna would not support Mr Yero for the governorship election in 2015 because he had not done well enough to deserve a fresh mandate from the people of the area. 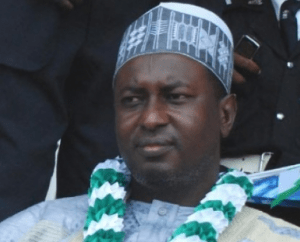 Ahead of the 2015 elections in the state, Kaduna Governor, Mukhtar Yero, on Wednesday  inaugurated the Peoples Democratic Party (PDP)  Stakeholders Forum across the 23 local government areas of the state, with an appeal  to all defected persons from the PDP  to the APC to return to the ruling party.

While inaugurating  the stakeholders forum, Governor Yero also maintained that PDP still remained the most popular and accepted party in the state, but lamented that it was lack of patience and understanding that made the aggrieved members to leave the party.

The governor said he still recognised the defected leaders as PDP members since they had not formally announced their defection or return their membership card to the party.

Members of the stakeholder forum were drawn from the ward to the state level and are expected to play a critical role as far as the unity and success of the party in future elections is concerned.

The governor urged them to take the bull by the horn and penetrate all the nooks and crannies of the state and mobilise support for the PDP ahead of next year elections.

This is the first time that such an important organ will be  set up in the party since its inception. It is expected that members of this forum would be able to work assiduously towards restoring the party to the part of unity, and reposition it to retain its stronghold in the state during the next general election.

The Kaduna State chapter of the People’s Democratic Party (PDP) has said that it is not losing sleep over the defection of some of its prominent members to the opposition, All Progressives Congress (APC).

Mr Yaro Makama, a former PDP chairman in Kaduna State, had on Tuesday led over 74 stakeholders of the party, including a former governorship aspirant, Suleiman Hunkuyi to the APC, citing bad leadership, infrastructural decay and lack of unity in the party as their reasons for decamping to another political party.

Speaking to Channels Television on the defection, the state PDP chairman, Abubakar Haruna said that the exit of the  former chairman of the party, some former  state assembly members and commissioners  is  of no consequence and will not in any way affect the party’s fortunes in future elections.

He added that the PDP still has the highest number of both state and federal lawmakers, as well as having over 95 percent control of the local government councils in Kaduna.

He described the reasons given by the former PDP members for their defection to the APC, such as alleged injustice and high-handedness by the leadership, as totally untrue, stating that the likes of Yaro Makama and his group were angry because the current leadership of the party in the state refused to satisfy their selfish interests by not allowing them to hijack the party structures.

Yaro Makama, who was the state PDP Chairman for eight years, had said that “We cannot wait in a party that cannot provide infrastructure to people of the state. This is why we want those in the PDP to know that I hardly join a party that I know will not deliver. So by 2015 APC will win elections in Kaduna.”