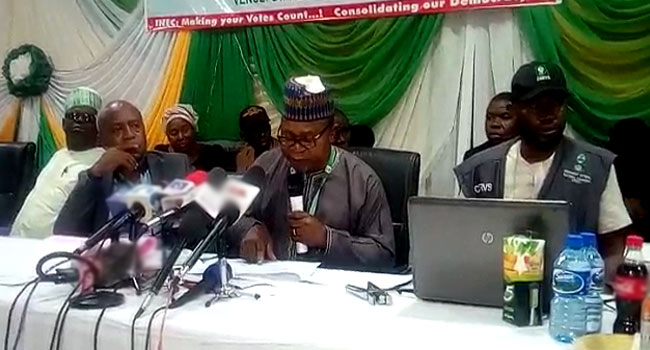 Returning officers for the election in both states made the declaration on Monday in separate announcements at their respective collation centres.

In Jos, the Plateau State capital, Professor Richard Kimbir announced that the margin of a lead of 44,929 between the APC and the PDP candidates is less than 49,377 cancelled votes.

According to the returning officer, this constrains him to return a winner but rather declare the election inconclusive and bye-elections should hold in the affected areas.

In Adamawa, the Returning Officer, Professor Andrew Haruna, said the margin of the lead of 32,476 between the PDP and the APC candidates was less than the 40,988 votes that were cancelled.

He explained that he was constrained to return a winner by such a situation and therefore declared the election inconclusive.

The election was declared inconclusive in both states following a similar development in Sokoto State.

Professor Fatima Muktar had given the same reason for her decision and asked those troubled to channel their grievances to the electoral body.