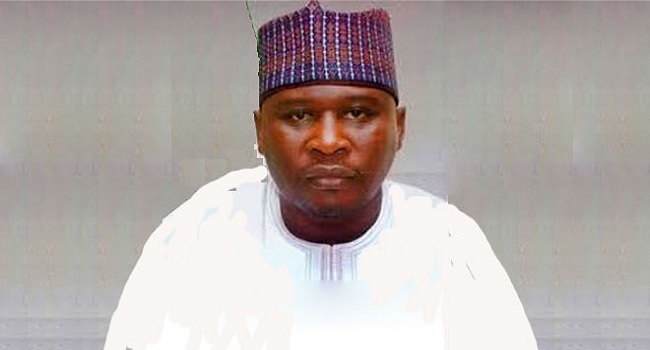 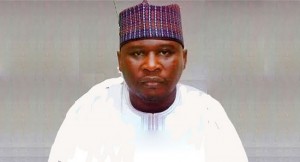 The Economic and Financial Crimes Commission (EFCC) is set to arraign the former Governor of Adamawa State, Mr Ahmadu Fintiri before Justice A R Moha‎mmed of the Federal High Court, Abuja.

The ex-Adamawa governor will be arraigned based on 5 counts of bribery and money laundering on Thursday, June 30, 2016.

Mr Nyako was impeached after the House probed allegations of financial misconducts against him. 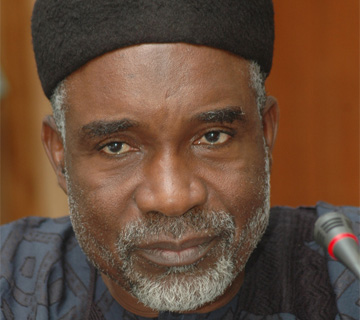 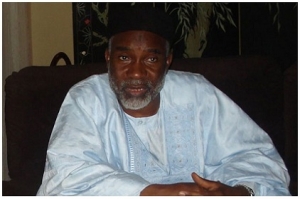 A Federal High Court sitting in Lagos has struck out a suit filed by a lawyer, Olukoya Ogungbeje, seeking the reinstatement of the impeached governor of Adamawa State, Murtala Nyako.

Presiding Justice, Okon Abang, in a ruling, struck out the suit on the ground that the applicant (Ogungbeje) lacked the locus standi to institute the action.

The judge, who described the applicant as a meddlesome interloper in ‘affairs that does not concern him’, said that the rights to challenge the impeachment of July 15 resides solely in Nyako, who was impeached and not the applicant. The judge noted that the applicant should have allowed Nyako to carry his own cross, and not cry more than the bereaved.

“It is Nyako that will benefit from any favourable judgment, and not the public, and so this matter does not rank among public interest litigation, the court held.

“The applicant cannot cry more than the bereaved and he has no justifiable reason to file this suit because as at the time he filed it, it was not established before this court that Nyako was in detention or incapacitated.

“The applicant can also not depose to an affidavit in support of this application on behalf of Nyako who is alive. The facts deposed to by the applicant amounts to documentary hearsay,” Justice Abang ruled.

Justice Abang further held that the suit ought to have been filed in Yola where Nyako was impeached, and not in Lagos.

The court also set aside service of the processes in the matter on the defendants, on the ground that there was no proper service in law.

Besides, Justice Abang held that the applicant served the respondents through the Adamawa State Government liaison office in Lagos on August 15, 2014, while the order for substituted service was actually made on August 26, 2014.

“In other words, the applicant served the respondents before an order of this court was made, apart from the fact that the identity of the person served is unknown.”

The judge further held that the applicant had no cause of action against the Independent National Electoral Commission (INEC) and the Inspector-General of Police – joined as fifth and sixth respondents respectively.

In the final analysis, Justice Abang held that the suit was incompetent and lacked merit. The court awarded N70, 000 costs in favour of the respondents against the applicant.

In the suit, Ogungbeje had argued that Nyako’s impeachment was a clear derogation from the due process of law and prayed the court for an order reinstating him as a governor.

The Respondents in the suit were former acting governor of Adamawa State, Umaru Fintiri, Adamawa State House of Assembly and the Acting Chief Judge of the State, Justice Ambrose Mammadi. Others were Justice Buba Kajama, Chairman of the seven-member panel that investigated allegations of gross misconduct against Nyako, INEC and the Inspector-General of Police.

Specifically, Ogungbeje had argued that Nyako’s impeachment was a clear departure from the due process of law.

He argued that the failure of the respondents to serve the impeachment notice personally on Nyako was a breach of the impeached governor’s right to fair hearing and fair trial.

Ogungbeje sought a declaration that the inauguration of the seven-member panel by the state Chief Judge after an order stopping the Adamawa State House of Assembly from constituting the panel was biased.

Nyako was impeached on July 15, 2014 by the Adamawa State House of Assembly after a panel set up by the Chief Judge of the state indicted him of gross misconduct.

Nyako’s deputy, James Bala Ngilari, who was said to have purportedly resigned moments before the impeachment of his boss, was however subsequently sworn-in as the substantive governor of the state following a judgment of the Federal High Court in Abuja to that effect.