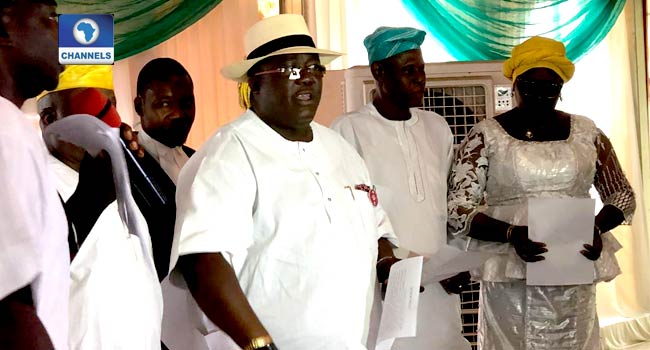 Mr Adedeji Doherty has been sworn-in as the new Chairman of the Peoples Democratic Party (PDP) in Lagos State.

He was sworn into office by the party’s National Vice Chairman south west, Eddy Olafeso.

Doherty becomes the party chairman after Moshood Salvador exited the party to defect to the ruling All Progressives Congress (APC) before the 2019 Governorship election.

He contested for the party’s governorship ticket in 2015 and 2019, but lost to Jimi Agbaje.

The PDP in Lagos State has been enmeshed in series of crisis before and after the 2019 elections. It is taking the party several months to resolve the crisis. 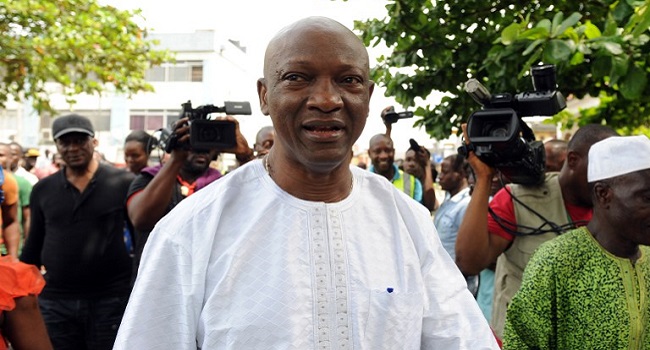 Jimi Agbaje has emerged as the winner of the Peoples Democratic Party (PDP’s) governorship primary for Lagos State.

He was declared the winner on Friday, after he polled 1,100 votes to defeat his rival Adedeji Doherty who polled 742 votes.

Read Also: APC Is More Like A Mafia Organisation – Bucknor-Akerele

Agbaje will now jostle for the Lagos State governorship seat with Babajide Sanwo-Olu, the candidate of the All Progressives Congress (APC).

He (Agbaje) also contested in 2015 but lost to incumbent governor Akinwunmi Ambode. 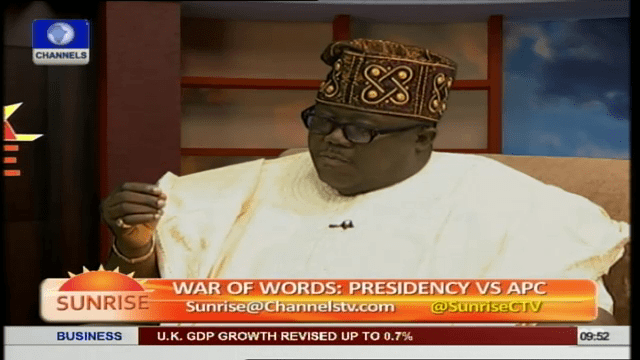 The acting National Vice Chairman, Peoples’ Democratic Party (PDP) south/west, Adedeji Doherty has said that the main thing is not a political issue but respect, stating that the exalted position of the president should be respected.

Speaking on Channels Television Saturday breakfast show, Sunrise, Mr. Doherty described Chief Akande (APC) as a well-respected person, but would have used a lighter word while referring to the president, instead of referring to him as a  “kindergarten leader”

He added that seat of the president should be respected.