Soul singer Adele triumphed in her return to music’s stage on Sunday (February 12), scooping up six Grammys and winning every category in which she was nominated including album of the year for “21” and best record with “Rolling In the Deep.”

. She was remembered by fellow artists in acceptance speeches and songs. Jennifer Hudson sang Houston’s signature hit “I Will Always Love You,” and Grammy host LL Cool J offered a prayer for Houston’s family, friends and fans.

But it was Adele who stole the show. The 23-year-old, who has taken the music world by storm, underwent surgery on her vocal cords late last year and had been resting her voice on doctor’s orders until music’s biggest night. The British singer took the stage to belt out “Rolling In the Deep,” and finished to a standing ovation.

Adele claimed three of the music industry’s top awards, album, record and song of the year, and added best pop solo performance, pop vocal and short video to her stack of trophies.

“Thank you so much. This is ridiculous,” she said upon accepting the record of the year Grammy. “I want to say thank you to every radio programmer and broadcaster that has been playing ‘Rolling in the Deep’ … because I know it’s not really a pop record.”

She flashed a big smile and a thumbs up. Rockers Foo Fighters were the other big winners, picking up five Grammys including best rock performance for the hit “Walk.”

“This record was a special record for our band, rather than go to the best studio in the world down the street in Hollywood, and rather than use all the fanciest computers that you can buy, we made this one in my garage with some microphones and a tape machine,” said Grohl, before he took his speech as a chance to slam music industry trends like autotune and pitch-correction.

As joyous as the show was for Adele, it was equally as serious with tributes to late pop star Whitney Houston, who died suddenly on Saturday, and was found in the bathtub of her Beverly Hills hotel room. The cause is still unknown.

Other winners at the Grammys include Chris Brown, whose album “F.A.M.E.” won best R&B album. The win was a comeback of sorts for Brown, after a four year period of a tarnished public image from fallout for his domestic violence against ex-girlfriend Rihanna, which fell on the weekend of the 2008 Grammy Awards.

Record of the Year – Rolling In The Deep, Adele

Song of the Year – Rolling In The Deep, Adele

Best R&B Song – Fool For You 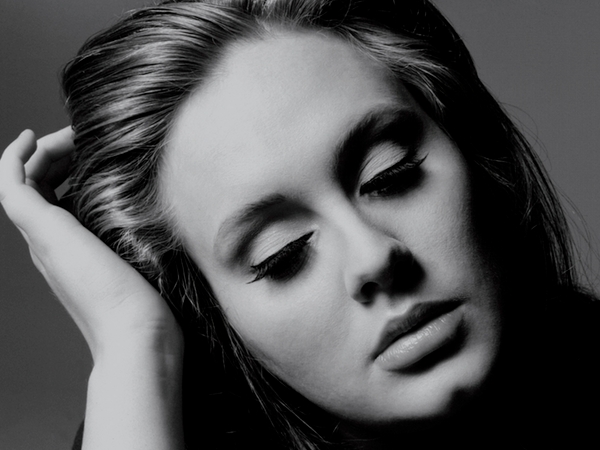 A huge success has been recorded for British singer’s album Adele.

Her album “21” was declared the best of 2011 by the Rolling Stone Magazine while her song “Rolling In The Deep” (video above) was 2011’s top single.

Adele who just recovered from a throat surgery was recently nominated for the Grammy’s in six different categories and was chosen by the magazine for second album as UK’s bestselling album, and also the biggest selling album in the Uk and US.