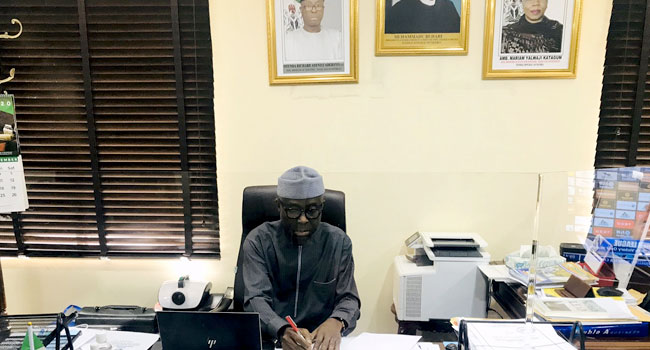 The Nigerian government has suspended the issuance of licences for the operation of the Free Trade Zones (FTZ) in the country.

Minister of Industry, Trade and Investment, Adeniyi Adebayo, announced the decision on Monday at the inauguration of the panel set up for the evaluation of the performance of FTZs.

He stated that all applications for FTZ licences would henceforth not be processed, pending the completion of the panel’s assignment.

Adebayo noted that the key objective of the panel led by him was to provide a set of recommendations to improve the government’s strategy on FTZs based on a thorough evaluation of the current operations of FTZs.

He noted that the panel would work through the context of the terms of references provided to deliver a clear and detailed report within eight weeks of inauguration.

The panel, which also has as a member the Minister of State in the ministry,  Ambassador Mariam Katagum, will map out and implement clear strategies to evaluate the operations of recipients of FTZ licences for the purpose of delivering world-class FTZs, as expected under the Presidential Priority Projects (PPP).

Adebayo was worried that FTZs have not performed to expectations in terms of impacting positively on the industrial development of the country as witnessed in developed countries.

“It is important to note that FTZs in most developed countries have contributed successfully towards their industrialization process; the model was adopted by the Asian Tigers and today, most countries, including African countries are beginning to key into the idea,” he was quoted as saying in a statement by his media aide, Sayo Ifedayo.

The minister added, “Nigeria through the Federal Ministry of Industry, Trade and Investment (FMITI) has begun delivery of world-class FTZs across the country.

“However, due to poor implementation, we are yet to take delivery of the dynamic potentials of FTZs as an instrument for economic growth.”

He disclosed that Nigeria presently has 33 licenced FTZ operators in the country but only 12 were operational due to poor implementation.

According to the minister, the performance of FTZs licencees has been below expectation and this heavily impacts the ability to deliver on crucial priority areas of the government.

“FTZs are key to the nation’s push towards industrialisation and will have a significant impact on Nigeria’s trade and economic fortunes which is greatly required given the current economic challenges. Globally, FTZs account for 68 million jobs and generate USD 500 billion annually.

“The sector can be extremely lucrative if executed efficiently and we must aim to improve the operation of our zones,” he said. 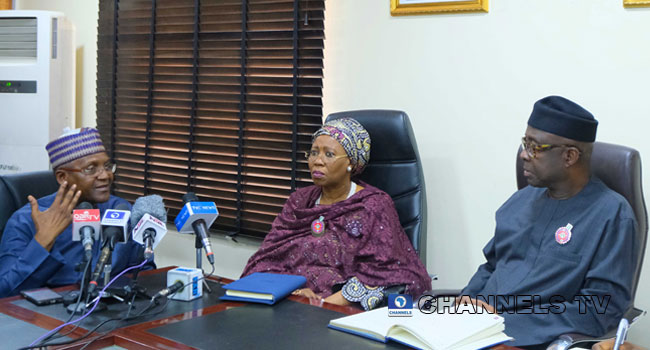 The Minister of Industry, Trade and Investment, Adeniyi Adebayo on Thursday promised a friendly business environment for investors in the country.

Adebayo gave the assurance during a meeting with the Chairman of Dangote Group, Aliko Dangote in Abuja.

According to him, the move will help the investors contribute their quota to job creation and lifting over 100 million Nigerians out of poverty.

The Chairman of the Dangote group in response highlighted recent investments by his company to grow the nation’s industrial sector. 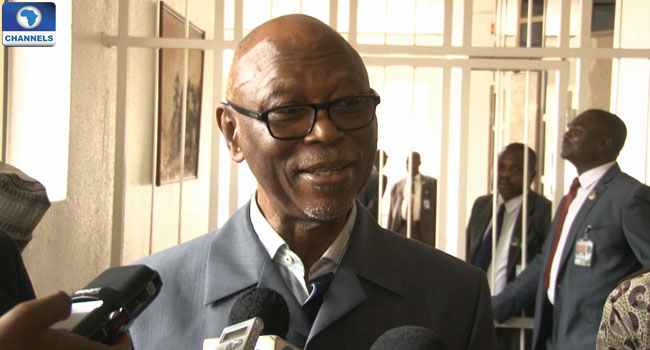 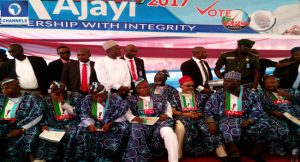 The National Chairman of the All Progressives Congress (APC), Mr John Oyegun, has asked members of his party in Ondo State to mobilise for the governorship candidate of the party, Mr Oluwarotimi Akeredolu, in the November 26, election in Ondo State.

Mr Oyegun told members of the party on Thursday that wrestling power out of the hands of an incumbent government was not an easy task.

“For the APC to win the poll, dedication and hard work are major requirements needed from its members,” he said.

The Chairman of the APC spoke at the flag-off campaign of Mr Akeredolu held on Thursday in Akure, the State’s Capital, which was attended by prominent chieftains of the party from across Nigeria.

Mr Oyegun explained how important the state was to the Federal Government which it is in control of, emphasising that the state must join the mainstream politics.

The APC chairman said they would not allow the state to continue to remain in the hands of the opposition Peoples Democratic Party, urging the electorates to give 90 per cent votes to his party.

“I assure you that we in Abuja will support you to ensure that the APC takes over power in Ondo. Just as we will not let you down, please, pick your PVC and let it be ready. Tell your friends, family and other relatives, you need to vote for the APC, as this is the only party that can give you the desired change you are yearning for,” he told the crowd of supporters.

On his part, Mr Akeredolu boasted that the APC in the state would not miss the opportunity of joining the mainstream politics.

“We are committed to fighting this course. We should work together to ensure victory at the polls come November 26. We have promised that we will create jobs for the youths, through agriculture, entrepreneurship and Industrialisation.

“Our workers have not received their salaries in a long while but we will ensure that that becomes a thing of the past if we are elected into power.

“We will not frustrate the people but will bring smile to their faces.

“Twice this party has called me and twice I have answered the call. It is a call to serve the people and liberate the people of Ondo State and I believe that together we will triumph, with your support.

“Look at the calibre of governors, ministers and party members here. Let us vote right and vote for the APC, the winning party,” the APC candidate appealed.

He noted that as long as the APC was ruling in Lagos, Osun, Oyo, Ogun and other states in the south-west, the party must take over Ondo State.