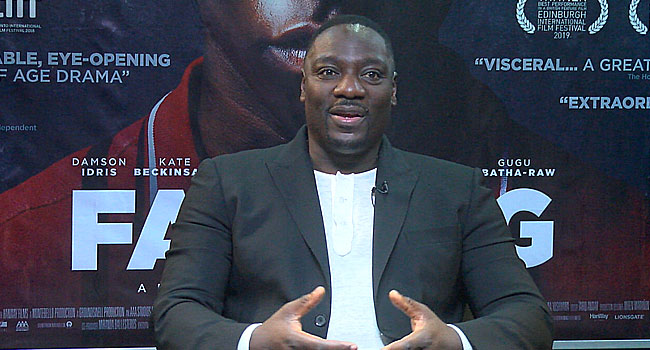 British-Nigerian actor, Adewale Akinnuoye-Agbaje, has shared some of the experiences that inspired his directorial debut, ‘Farming’.

Speaking at a press conference in Lagos, the actor who said he had gone through an identity crisis as a teenager, explained that the movie was an expression of some of those struggles.

According to him, producing the movie “was very surreal, very cathartic, at times very emotional but ultimately it was like the fruition of a vision that (he) had carried for so many years”.

The movie which tells a story of a young Nigerian boy, ‘farmed out’ by his parents to a white British family with hopes of a better future, featured Genevieve Nnaji, Kate Beckinsale, Damson Idris, among others.

Adewale described them as “fantastic” saying, “I couldn’t have got a better cast”.

When asked what Nollywood can do to get international attention, he said the Nigerian film industry has so much potential to be seeking the attention of its foreign counterparts.

“The Nigerian film industry has to have its own identity,” he said.

He further explained that the industry is not lacking with talent and is rapidly expanding in terms of quality of productions.

“A lot of Nollywood was born out of a lack of resources. We were using cameras that were relatively outdated. There’s new technology and artists and filmmakers are now getting access to that and that’s definitely going to improve the quality,” he said.

Beyond that, he believes that the industry does not need to compete with others but rather continue to improve itself and tell its stories in the best ways possible.

“I don’t think you should think of it in terms of improving the quality to compete with Hollywood or anybody else.

“It is improving the quality to be able to tell our stories in the richest texture and the ways that we can and if we stick to that, who knows it may become the dominant channel,” he said.