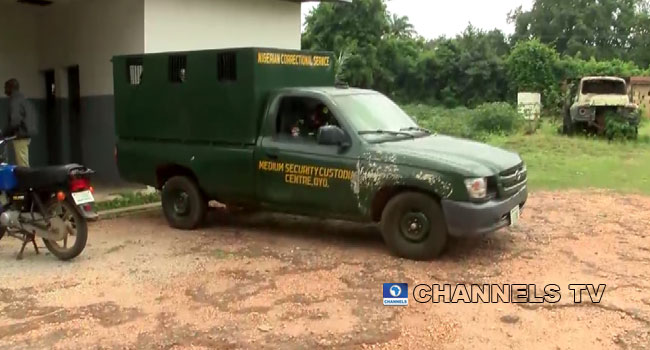 A 37-year-old man, Adeyemi Morenikeji, has been sentenced to death after he was found guilty of killing one Mrs Racheal Ayanwale, his boss’s wife.

The accused Adeyemi Morenikeji was a former truck driver for the husband of the deceased.

In his confession when he was paraded at the Police headquarters of Eleyele Ibadan in April 2019, the accused said he killed his boss’s wife as revenge after he was sacked by his boss.

The accused said on April 11, 2019, he lured the woman out of her office on the pretext of helping her to find a spiritual solution to her marital problem.

He said, on the way to the ‘spiritual house’, “I strangled Mrs Ayanwale, left her body by the riverside, and went away with her Pontiac Vibe vehicle.”

One week after the murder, Morenikeji was arrested by the Oyo State Police Command in Sango-Ota, Ogun State, and has been prosecuted accordingly. Justice Adenike Adeeyo of the High Court of Justice located on Awe road, Oyo State in her ruling on Friday, July 16, said after thorough deliberation by both the prosecuting counsel (state counsel) and the defense counsel the accused had no objection but pleaded for mercy.

Before delivering her judgement, Justice Adeeyo stressed that the court had gone through all the proof of evidence as provided by the list of witnesses and the list of exhibits such as the statement of the defendant, Vibe Pontiac car Lag. KJA 67 CY Itel cell phone (all found in possession of the accused when arrested), there was sufficient evidence to convict the accused.

The defense counsel prayed the court to temper justice with mercy.

In her 62 pages judgment, Justice Adenike Adeeyo said, “this Honourable Court hereby sentences you, Aderemi Morenike, to 14 years imprisonment with hard labour for count 11, for robbing late Racheal Oyewunmi Ayanwale of her Pontiac Car and phones.”

Justice Adeeyo also in her ruling in Count 1 said, “this Court sentences you, Aderemi Morenikeji, to death for count 1 of the murder of one Racheal Ayanwale.”