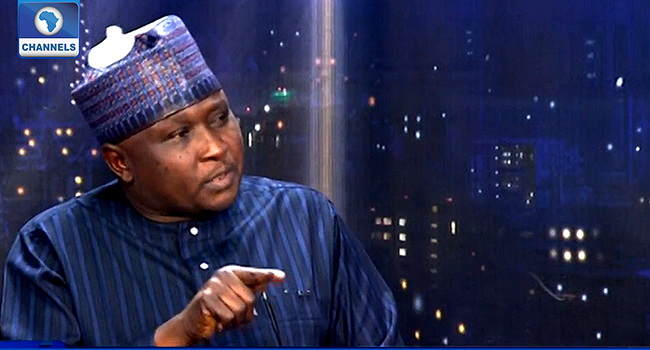 The majority leader in the House of Representatives, Honourable Ado Doguwa, on Friday suggested his colleagues from the Peoples Democratic Party are biased about issues surrounding the electronic transmission of electoral results because they do not understand the provisions of the amendment.

The House was thrown into disarray on Thursday as members debated section 52(2) of the electoral amendment act bill, which deals with electronic transmission.

On Friday, PDP lawmakers walked out of a session after presiding officer Deputy Speaker Ahmed Wase insisted that section 52(2) had been carried.

Speaking on Channels Television’s Politics Today, Hon. Doguwa, a member of the ruling All Progressives Congress (APC) said the PDP lawmakers were being over-exuberant and desperate.

He argued that the provisions of the electoral amendment act bill, as passed by the House on Friday, allowed INEC to determine whether it would employ electronic voting or not.

APC Senators on Thursday had forced through a version of the bill at the Senate that constrained INEC to seek permission from the Nigerian Communications Commission and the National Assembly before employing electronic voting in any part of the country.

“I don’t know what version the Senate has, but in the House of Representatives where I serve as the leader, our provisions in respect to section 52(2) is that voting at an election under this act shall be in accordance with the procedure determined by the Independent National Electoral Commission,” Hon. Doguwa said.

“This goes to prove to you that the House of Representatives is working in tandem with the constitution. We said voting at an election and transmission of results under this bill shall be in accordance with the procedure determined by the commission.

“Whether by electronic, manual, or any other technological device, that is left for INEC to determine.”

“The so-called walking out of the PDP members was unfounded and unnecessary because the arguments they came out to protect are already contained in the bill.”

However, Hon. Doguwa said it was not a problem if his party, the APC, was against electronic transmission.

“What’s wrong with not wanting electronic transmission of results? We have over 49.3 percent of the Nigerian population not covered by network and that would amount to absolute disenfranchisement, so it is a political matter,” he said. 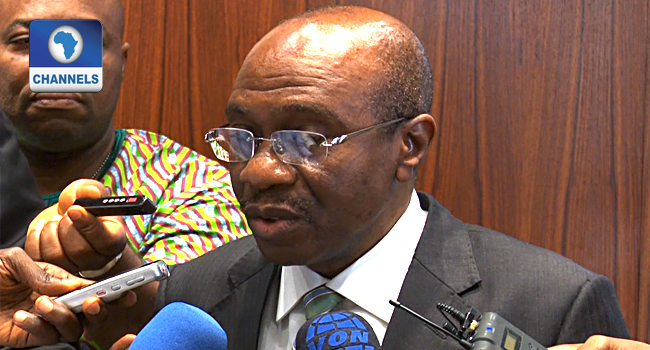 Chairman of the House of Representatives adhoc committee which is investigating the privatisation process of the power sector, Ado Doguwa, has once again frowned at the refusal of the Central Bank governor to honour the invitation of the committee.

This is the second time the Central Bank governor has failed to honour the invitation of the committee.

Mr Doguwa says the Central Bank governor has been busy expending taxpayers’ money but has refused to appear before the committee to account for those monies.

He, however, said the committee will take all necessary actions to compel him to appear before the committee even as he questioned if the CBN governor has something to hide. 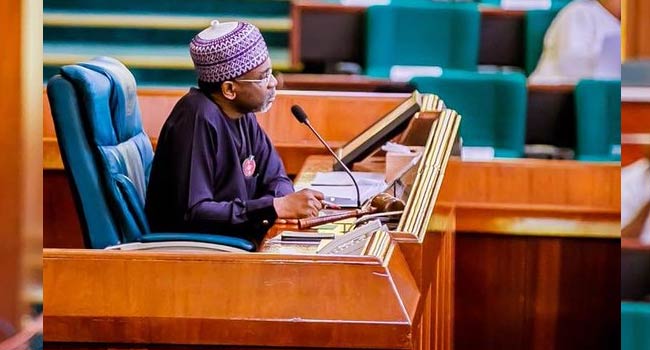 The Speaker of the House of Representatives, Femi Gbajabiamila, has sworn in six lawmakers.

Gbajabiamila inaugurated the members into the lower chamber of the National Assembly during plenary on Wednesday in Abuja, the nation’s capital.

The lawmakers, including the former Majority Leader of the House, Ado Doguwa, were sworn in following their victories in the rerun and supplementary elections conducted on Saturday last week by the Independent National Electoral Commission (INEC).

Following his induction into the chamber, a majority of the lawmakers agreed to return Doguwa as the Majority Leader of the House.

Earlier, Gbajabiamila announced the presence of Kano State Governor, Abdullahi Ganduje, as well as Senator Barau Jibrin and Senator Kabiru Gaya in the House for the inauguration ceremony.

He called on the House Deputy Leader, Peter Akpatason, to move a motion to suspend the House rules to allow the guests who came to witness the event. 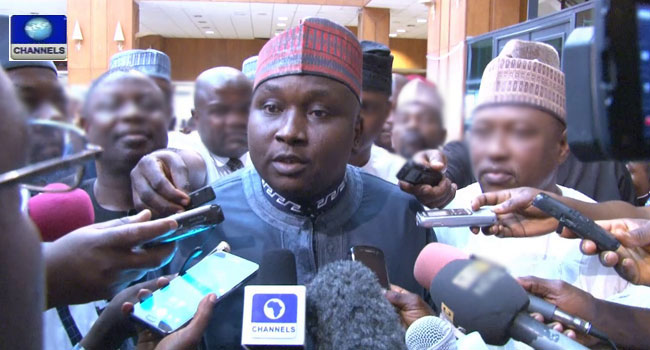 Hon. Femi Gbajabiamila, the Speaker of the House Representatives has just announced the names of Principal Officers from the majority All Progressives Congress(APC).

The Speaker announced that Hon. Alhassan Ado Doguwa (Kano) is the House Leader while Hon Peter Akpatason (Edo) will serve as the Deputy House Leader.

Others announced include Hon. Tahir Mohammed Monguno ( Borno) who would serve as Chief Whip and Nkiruika Onyejeocha (Abia) who would be Deputy Chief Whip.

Prior to his new appointment, Hon. Doguwa was the Chief Whip in the 8th House. A meeting organised by the House of Representatives to avert the planned strike by organised labour over fuel price hike has ended without a definite position agreed upon.

The House had in a special session on Monday called on the Nigeria Labour Congress (NLC) to shelve its planned strike on Wednesday pending the outcome of the intervention of the parliament on the matter.

The 18-member adhoc committee headed by the Chief Whip of the House, Rep Ado Doguwa, met representatives of the NLC led by Comrade Ayuba Wabba and seven others.

Speaking after the closed door meeting, a member of the adhoc committee, Nicholas Ossai, said that it was up to labour to take a decision and communicate to Nigerians.