At least three people were killed and about 20 children wounded when a Taliban truck bomb detonated near a rural police station and partially destroyed a nearby religious school, Afghan officials said.

“Three people including two security forces were killed and 27 were wounded,” he added.

According to Asadullah Daulatzai, spokesman for the provincial governor, the bomb exploded outside a police station and severely damaged a nearby madrassa, or religious school.

Ezatullah, an injured 10-year-old, said the blast was “huge and loud”.

“I was in class with my friends reciting the Koran when we saw a red truck rushing toward us. For a moment everything went dark, and when I woke up I found myself in the hospital,” he told AFP.

Six police officers were wounded in the attack.

The Taliban later claimed responsibility for the blast in a statement sent to media, saying the bomb killed dozens of Afghan security forces.

As the violence worsens, its impact on the children has been disproportionate across war-torn Afghanistan.

According to the UN Children’s Fund the number of attacks against Afghan schools tripled last year compared to 2017.

Afghanistan is currently awaiting the results of the first round of presidential voting, which took place last month.

Polling was marred by several small-scale attacks claimed by the Taliban. 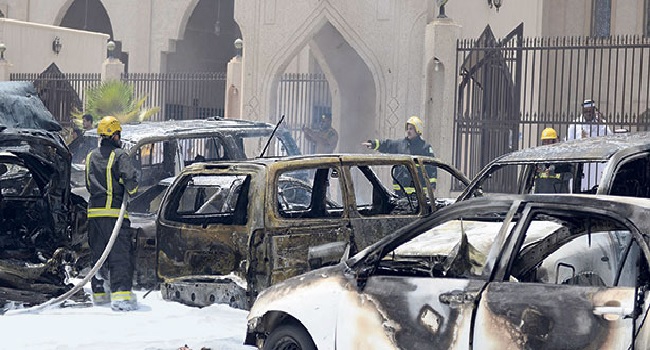 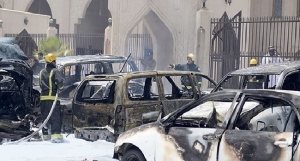 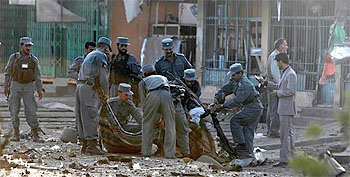 Insurgents frequently target Afghan security forces and government officials in an effort to weaken the government.

In neighbouring  Zabul province, twin explosions killed two policemen on Saturday morning. Provincial spokesman Shariullah Nasari says a police vehicle ran over a roadside mine and when other policemen went to assist those in the vehicle, another bomb went off. He says two policemen were killed and three others were wounded in the second blast.