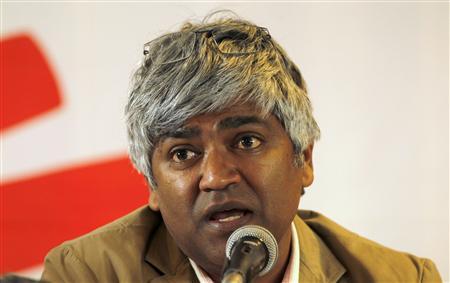 The international medical charity Medecins Sans Frontieres (MSF) began closing all its humanitarian operations in Somalia on Wednesday because of attacks on its staff, the organization said on Wednesday.

The withdrawal of MSF – also known as Doctors Without Borders – is a blow to the government’s effort to persuade Somalis and foreign donors that security is improving despite a stubborn Islamist insurgency.

Unni Karunakara, MSF’s international president, acknowledged the charity’s departure would cut off hundreds of thousands of Somalis from medical help.

“The closure of our activities is a direct result of extreme attacks on our staff, in an environment where armed groups and civilian leaders increasingly support, tolerate or condone the killing, assaulting and abducting of humanitarian aid workers,” Karunakara told reporters in the Kenyan capital, Nairobi.

There was no immediate comment from the Somali government, which is struggling to haul the nation out of two decades of conflict and provides few public services such as health and education.

The announcement came about a month after two female Spanish aid workers employed by MSF were freed by their Somali kidnappers after almost two years in captivity.

In early 2012 MSF shut down two major medical centers in the Somali capital, Mogadishu, after two international staff were shot dead by a former colleague in the heart of the government-controlled city.

Fourteen other MSF staff members have been killed since 1991 when civil war erupted in the country.

MSF had always negotiated with armed groups and authorities on all sides and even resorted to hiring armed guards, something it does not do in any other country, Karunakara said, adding: “But we have reached our limit.” 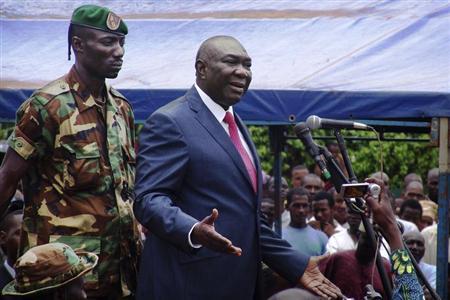 Attackers killed 32 villagers and burnt more than 150 houses in Kenya’s coastal region on Monday, the Red Cross said, the latest tit-for-tat attack in a long festering dispute between communities over land and water.

About 100 people have been killed in the last three weeks as the violence between the Pokomo and Orma communities escalates.

“There was a fresh attack in the Tana Delta this morning. As of now we have established 32 people are dead,” Abbas Gullet, head of the Kenyan Red Cross, told Reuters.

The violence follows deadly riots in Kenya’s main port of Mombasa after the assassination of a radical Muslim cleric. The two events were unrelated but exposed deep social, political and sectarian divides that could lead to more violence ahead of a presidential election next year.

Efforts by top government officials – among them Prime Minister Raila Odinga, who visited the area after an earlier attack – have so far failed to defuse the tensions.

At least 48 people have been killed in ethnic clashes in south-eastern Kenya, officials say.

Most of the dead were women and children, he said. Police have been deployed to the area.

The clash is the worst since post-election violence rocked the country after disputed polls four years ago.

Regional deputy police chief Joseph Kitur said that those killed were either hacked to death with machetes or burned alive.

The victims included 31 women, 11 children and six men, he said, describing it as “a very bad incident”. 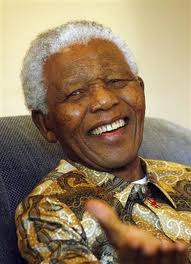 A South African court Monday convicted the last of 20 men accused of high treason for a plot to kill Nelson Mandela and drive blacks out of the country, in a trial that spanned nearly a decade.

The “Boeremag” organisation had planned a right-wing coup in 2002 to overthrow the post-apartheid government by creating chaos in the country.

Dozens of people were injured and one person killed in blasts that shook the Johannesburg township of Soweto in October 2002.

High Court Judge Eben Jordaan found that Kobus Pretorius was the group’s “master explosives manufacturer” and “took the lead in the production process” throughout the group’s bomb-making activity.

“He produced the bomb intended for president Mandela and explained to the others how it worked,” Jordaan said.

The Boeremag — Afrikaans for “Boer Force”, a reference to the descendants of the first Dutch colonisers — had planned to sow chaos through bomb blasts then take over military bases, replace the government with white military rule and chase all blacks and Indians from the country.

The trial took almost a decade and the verdict, read from July 26, almost a month to complete.

All 20 accused were convicted of treason, but only five of murder and the plot to kill Mandela, South Africa’s first black president.

Pretorius, the last to be convicted, apologised for his involvement.

“I was wrong and I want to ask forgiveness for every person who suffered loss and was disadvantaged by my actions. I am sorry,” he said after the trial.

Earlier Pretorius’ two brothers and father were convicted of treason as well as the plot to kill Mandela and the killing of a Soweto resident.

The woman died when a bomb explosion sent a piece of steel from a railway 400 metres (1,300 feet) through the air. It struck her in the head when it burst through her shack in 2002.

Pretorius distanced himself from his family in the later stages of the trial, saying he had come to new political insights.