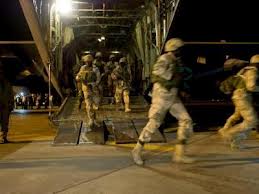 The Defence Headquarters has debunked claims that there are only 138 soldiers of Nigerian origin in the on-going peace enforcement operation by the Africa-led International Support Mission to Mali (AFISMA).

The Director of Defence Information, Colonel Muhammed Yerima, in a statement on Thursday, affirmed that there are currently 500 officers and men of the Nigerian armed forces deployed to the AFISMA operation in Mali.

According to him “currently, there is company strength of 138 men (all ranks) stationed in the city of Banamba, Mali.”

He further explained that “while the AFISMA headquarters in Bamako is manned by 17 Nigerian personnel, 24 personnel are also stationed at the transit camp”, adding that a signal squadron of 61 personnel have also been deployed.

Colonel Yermia also stated that officers of the Nigerian Air Force which is stationed in Niamey, Niger Republic, has a total strength of 300 personnel.

He assured Nigerians that the remaining troops and equipment will be deployed to Mali in due course and that a contingent of 140 Nigeria police personnel who are already on standby, are also expected to be deployed soon. 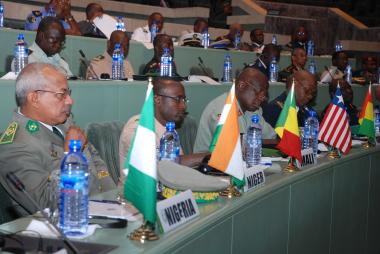 Members of the Committee of Chiefs of Defence Staff (CDDS) will meet at an emergency session in Abidjan, Cote d’Ivoire on Saturday, 26th January 2013 to appraise the status of the on-going deployment of the African-led International Support Mission to Mali (AFISMA).

Last week, the Senate approved the deployment of 1,200 Nigerian troops to join French forces currently staging an onslaught against Islamist militia in Mali.

The emergency meeting, the second in 11 days, is in response to the 19th January 2013 extra-ordinary summit of regional Heads of State and Government towards an accelerated deployment of AFISMA, within the context of the UN Security Council Resolution 2085 of December 2012.

Personalities expected at the one-day meeting include Heads of Police in Member States, the Special Representative of the President of the ECOWAS Commission, the Force Commander and the Chief of Staff of AFISMA.