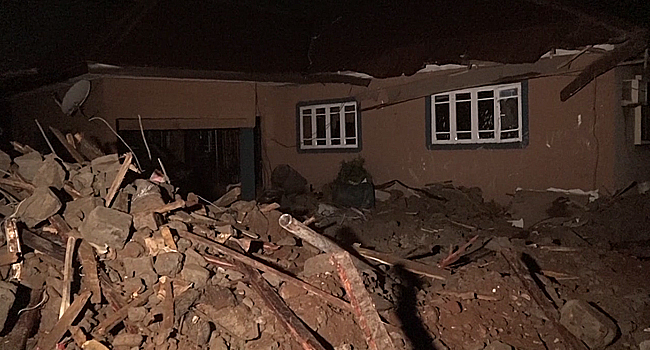 One person has died and others injured after a story building under construction in the Okwe area of Asaba, Delta State collapsed on Saturday.

According to eyewitness accounts the owner of the building and four others who were working when it suddenly caved in, were trapped under the rubble.

Some were, however, rescued and taken to a nearby hospital while one person lost his life.

The local vigilante in the area is currently keeping watch at the site to prevent robbers or anyone who may want to cart away valuables. 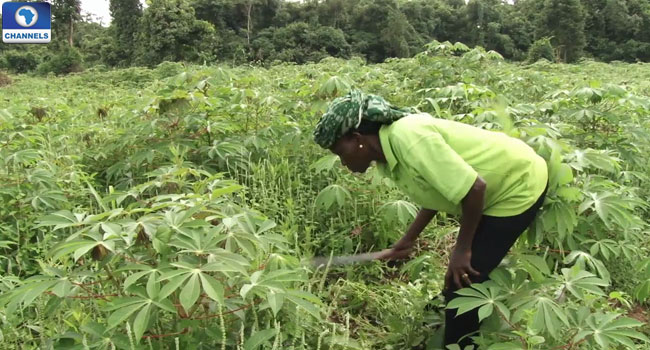 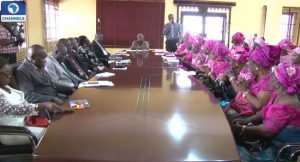 Women in Ndokwa area of Delta State in southern Nigeria have approached the State government with a request for hectares of land that would be used for mechanised farming.

The women under the aegis of the Ndokwa Daughters and Wives Association are optimistic that they could increase food supplies in the state and even feed other states in Nigeria.

They said they are keying into the diversification plan of the government to boost the nation’s economy that is in recession.

Led by the President of the association, Philomena Egwuenu, the group also decried increasing attacks of suspected Fulani Herdsmen on communities, saying the attacks have prevented them from going to their farms.

She said that the association had trained members on different aspects of agriculture.

“One thing that is militating against this project is land.

“You cannot just get one plot of land to do mechanised agriculture. That is not possible. You cannot get this land from families and you cannot even buy.

“The government is the place we can acquire land,” she said.

The Commissioner for Women Affairs, Omashola Williams, who represented the Governor at a meeting with the women, commended the women for their commitment to boosting the state’s food security.

She assured the women that the government would look into their request.

Mr Williams highlighted that women had the responsibility to lead the children and youth back to agriculture, saying that family and education were key in sustenance of the society.

At the meeting, the link between training a girl child and improving agriculture was emphasised.

Their demand showed that at a period where the government is focusing on the diversification of the economy, rural women are increasingly becoming a force in providing food and securing overall family welfare.

It shows that there is a strong link between food security, good nutrition and women.

While addressing reporters after the meeting, the Vice President of the Ndokwa Daughters and Wives Association, Tecola Okoro, told the State government that women in the area were faced with numerous obstacles to access productive inputs, access land and services required for rural livelihood and development.

Agriculture sector is the leading non-oil sector in Nigeria economy, with the government making efforts to diversify the nation’s economy which is at the moment in recession.

According to the statistics from World Bank, for the 70 per cent of the world poor who live in rural areas agriculture is the main source of income.

But the unavailability of land has continued to pose a serious challenge to producing enough food and other agricultural produce.