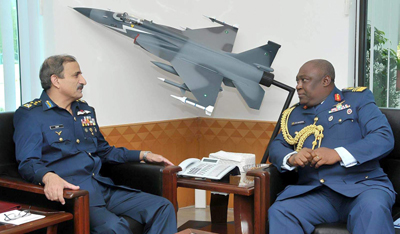 Nigeria on Tuesday agreed to strengthen military ties with Pakistan through training and supply of defence equipment.

The agreement was reached at a meeting between the head of Pakistan air force, Air Chief Marshal Tahir Rafique-Butt and top Nigerian military officers in Abuja.

Air Chief Marshal Rafique-Butt, who is on a five-day visit to the country, arrived at the Nigerian Airforce Headquarters in the company of the Nigerian Chief of Air Staff, Air Marshal Alex Bardeh.

Air Marshal Bardeh thanked the Pakistani delegation for its assistance to the Nigerian Airforce and requested for more assistance and cooperation between the two countries.

Air Chief Marshal Rafique-Butt restated the need for cooperation, saying he looked forward to seeing the discussions and memorandum of understanding turning to tangible actions. 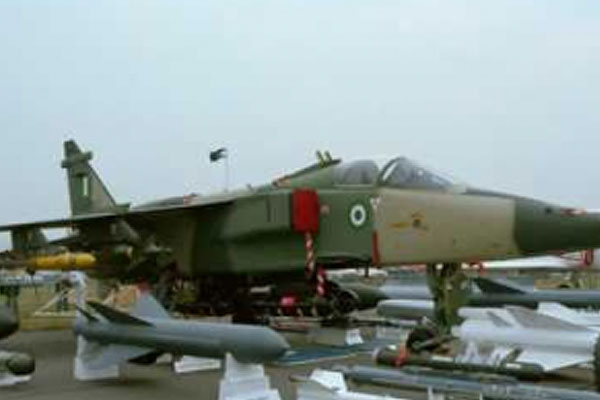 A statement released by the director, Air Force Public Relations and Information, Air Commodore Yusuf Anas, said the pilot on board the aircraft ejected safely.

A Search and Rescue Team from the Nigerian Air Force 301 Flying Training School, Kaduna, immediately rescued the pilot who is in a stable condition, the statement said.

The statement said the pilot was receiving treatment at the Nigerian Air Force Aero Medical Hospital, Kaduna. It further said that no fatality was reported on the ground.

The Chief of Air Staff, Air Marshal Mohammed Umar has ordered an investigation to ascertain the cause of the accident.

He died on Tuesday after a brief illness, the statement said, adding that burial arrangements will be announced later.