The Kano State Police Command has confirmed the death of two suspected armed robbers while three others remain at large after a gun duel on Wednesday along Kano-Kaduna expressway.

Addressing a news conference, the Police Public Relations Officer, DSP Magaji Majia, told journalists that the suspects whose identities were not yet established, blocked the public highway with their car with Bayelsa state registration number YEN 242 SY.

DSP Majia further confirmed that no Police officer, resident or motorist around the area was affected during the exchange of fire.

“At about 00815hrs on Wednesday the 11th of January 2017, operatives attached to the IGP Special Tactical Squad Monitoring Unit and that of Special Anti-Robbery Squad (SARS) on patrol between Zaria and Kwanar Dangora ran into armed robbery syndicates who blocked the public highway.

“On sighting the Police, they opened fire, the Police officers responded in self-defense which led to the death of two of them (suspects).

“Meanwhile we were told by the officers on sight that the suspects were up to five, therefore we are currently intensifying efforts to get those on the run,” he stated.

DSP Majia further explained that during an on-the-spot search “one AK47 rifle with 22 rounds of 7.62mm live ammunition, two AK47 magazines, cutlasses and assorted charms were all recovered from the suspects’ vehicle”.

“We are also aware that even the three who managed to escape had a gun wound,” he revealed, urging residents of Kano state to remain vigilant, especially around Kwanar Dan Goran axis in Kano-Kaduna expressway.

He asked that they report “any questionable movement or activities” to the nearest police station or any security check points or vehicles, as the Police are aware the suspects “are somewhere around those villages”.

He assured residents that there is no course for alarm as armed security operatives are on top of the situation. 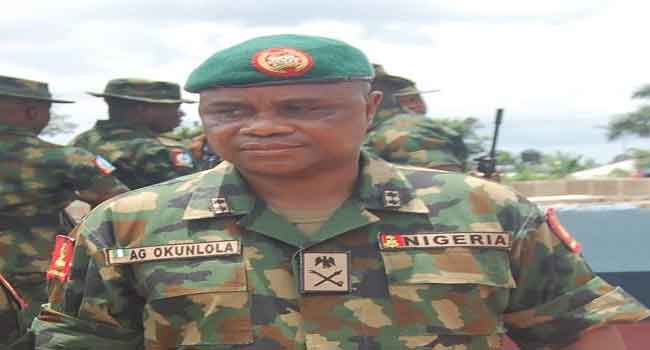 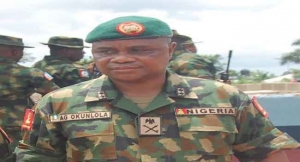 Troops of the Operation Pulo Shield of the Nigerian Army have arrested five political thugs in the Okaka area of Yenagoa, the capital of Bayelsa State.

The Commandant of the Operation, Major General Alani Okunlola, while speaking at a press briefing at the Operation Shield Headquarters, told journalists that the suspected political thugs were arrested at their hideout following a tip-off.

The suspects, according to the Commandant, had in their possession one 36 hand grenade, two empty AK47 rifle magazines, a pair of military uniform, combat boots and a bag containing personal belongings.

Major General Okunlola gave the assurance that his men would stop at nothing to make sure that no hoodlum or political thug perpetrates evil before, during and after the Saturday governorship election.

The Nigerian Police Force had placed an order restricting movements within the boundaries of Bayelsa and Kogi States with effect from 6.00am to 6.00pm on Saturday, December 5.

The force said that the restriction was in furtherance of strategies designed to prevent electoral fraud and violence and ensure a hitch-free election in Bayelsa and Kogi States.

Channels Television Correspondent, Seun Okinbaloye, has been in Bayelsa State to cover the election and he also confirmed the arrest.