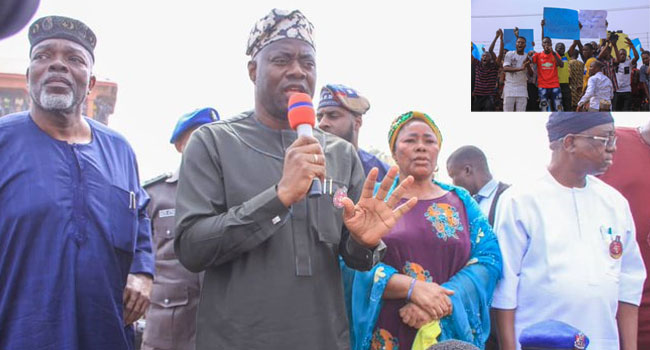 He said this on Wednesday after visiting the site of the incident alongside his cabinet members.

Makinde also assured that the State Government would rebuild the market and provide support to all victims of the fire incident.

“I must, at this point, express my deep sadness over the loss of lives and property because of the various fire outbreaks in Oyo State. This is deeply regretted. Of course, things happen that signal the failure in our system.

“I swore an oath to protect the lives and property of everyone living within the borders of this State, so I take full responsibility for this failure and promise that I will make things right,” the governor said.

Makinde noted that an investigative panel had already been set up to look into both the remote and immediate causes of the inferno.

According to him, the state government has commenced the process of acquiring an additional 10 fire-fighting trucks to boost fire-fighting services in the State. The governor also urged residents to be safety-conscious with regards to the prevention of fire outbreaks considering the current weather condition.

The Alaafin of Oyo, Oba Lamidi Adeyemi while receiving the governor at his palace said he believed Governor Makinde would fulfil his promise to rebuild the market.

The monarch, who went into a brief history of the market said to have been in existence for 400 years.

He called on the Government to consider returning the market to the Palace for control and management as it was in the past, for effective management.