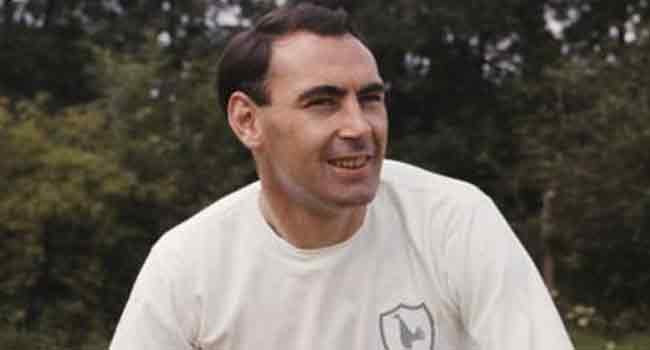 “Everyone at the club is deeply saddened to learn of the passing of our legendary former striker Alan Gilzean,” Spurs tweeted.

Greaves described Gilzean — they earned the nickname as Spurs’ ‘G-men’ — on Twitter as his best strike partner.

“Another one of the greats has gone RIP from all of us associated with Jimmy. He loved you and always said you were the best striking partner ever.”

Gilzean had become hot property when he played a pivotal role for Dundee in their 1962 Scottish title victory and subsequent run to the European Cup semi-finals.

“Everyone at Dundee Football Club are devastated to learn that club legend Alan Gilzean passed away this morning after recently being diagnosed with a brain tumour,” tweeted Dundee.

In all he scored 150 goals in 190 appearances for the Scottish side but left in 1964 for Spurs, who paid a reported £72,500 after seeing off rival bids from Sunderland and Italian outfit Torino.

The Scottish Football Association said Gilzean was up with the best of Scottish football’s all-time “entertainers”.

Gilzean left Spurs after the 1974 UEFA Cup final defeat by Dutch side Feyenoord and played briefly in South Africa, followed by a short spell in management in England, but ended his working days at a transport company close to White Hart Lane.