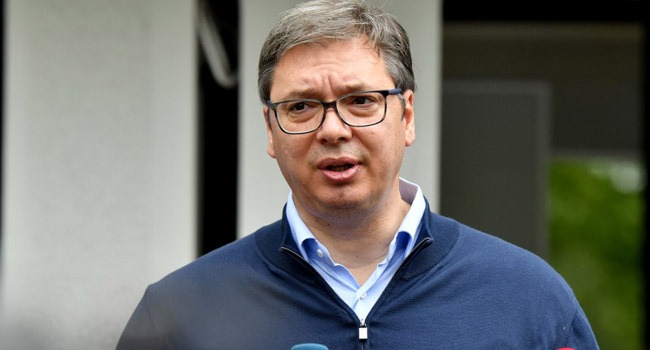 Serbian President Aleksandar Vucic claimed a landslide victory for his ruling Serbian Progressive Party (SNS) Sunday, taking home more than 63 per cent of the vote in a parliamentary election marred by a boycott from parts of the opposition.

“I am grateful to the people for this historic support,” Vucic, who leads the SNS party, said in a victory speech. 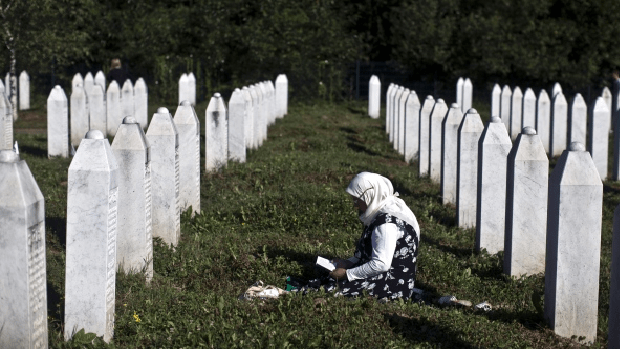 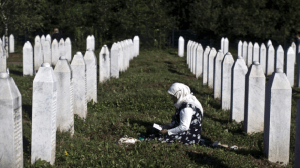 Thousands have gathered at a graveyard in Bosnia-Herzegovina to mark the 20th anniversary of the Srebrenica massacre.

Bosnia commemorates Saturday, July 11, the 20th anniversary of the massacre of some 8,000 Muslim men and boys in the UN-protected enclave of Srebrenica.

Serbian Prime Minister, Aleksandar Vucic , whose country backed the Bosnian Serbs – was chased away from the ceremony by a crowd throwing stones.

On Wednesday, Russia vetoed a UN resolution calling the events ‘genocide’ – a term that angers Serbia.

Thousands of Muslim men and boys were slaughtered by Bosnian Serb forces after they captured Srebrenica in July 1995 near the end of Bosnia’s inter-ethnic war, in the worst atrocity on European soil since World War II.

Some 50,000 people, as well as dignitaries from across Bosnia and abroad, were expected to be present at the ceremony marking two decades since the massacre and a day of mourning will be observed throughout the Balkan country.

International officials due to attend include: European Union foreign policy chief, Federica Mogherini and Bill Clinton, the US President at the time, whose administration brokered the Dayton peace deal that ended Bosnia’s 1992-1995 war only a few months after the Srebrenica slaughter.

Serbia, which backed Bosnian Serbs during and after the war that claimed some 100,000 lives, will be represented by its Prime Minister Aleksandar Vucic, a former ultranationalist-turned-pro-European.

Serbian and Bosnian Serb politicians have long denied the scale of the killing in Srebrenica. Although, two international tribunals have described the bloodshed as genocide.