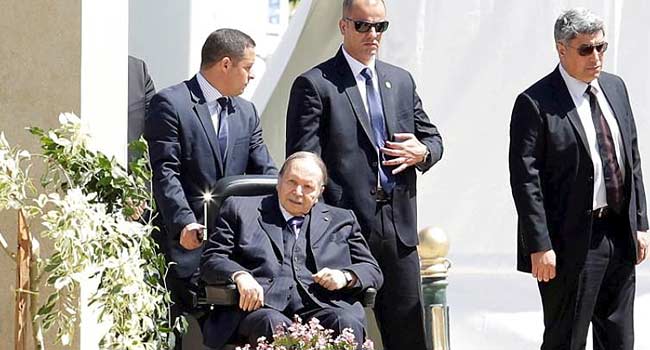 Algerian President Abdelaziz Bouteflika on Monday left for Geneva for regular medical tests, the presidency said in a statement.

The 81 year Bouteflika, has rarely been seen in public since he suffered a stroke in 2013, but his backers have urged him to seek a fifth term in next April’s election.

The veteran leader, in office since 1999, has not said yet whether he will stand.

“He will undergo periodic medical checks,” the statement said, without elaborating. Bouteflika has undergone checks several times since his stroke.