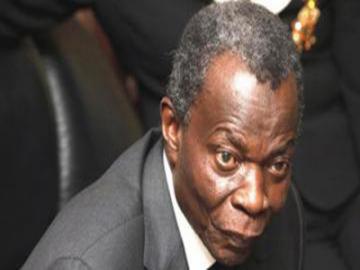 The Action Congress of Nigeria (ACN) has asked the national assembly to compel President Goodluck Jonathan to reinstate the President of the Court of Appeal, Justice Ayo Salami.

Justice salami was suspended by the National Judicial Council (NJC) on the 18th of August, 2011 over alleged gross misconduct. But the council on the 1oth of May, 2012, overturned its decision and ordered the reinstatement of the judge.

However the president has so far failed to approve his reinstatement saying the case is in court.

The ACN spokesman, Alhaji Lai Mohammed in a statement issued on Tuesday, warned that President Jonathan is sending a bad signal to the entire world by continuing to disregard the recommendation of the NJC.

According to the party, the handling of Justice Ayo Salami’s issue by the presidency has “destroyed the principle of separation of powers as enshrined in our Constitution, reduced the National Judicial Council to an appendage of the executive arm of government and made an imperial President of Goodluck Jonathan in clear violation of the Constitution.”

The party urged the National Assembly not to stand by and allow President Jonathan, destroy the nation’s judiciary in pursuit of personal vendetta.

The party stated that instead of the regular and immediate condoling of the innocent lives lost in the raging insurgency in the north, the president should convene another strategy to address the problem.


In a statement issued in Ibadan on Wednesday by its National Publicity Secretary, Alhaji Lai Mohammed, the party urged the federal government to admit that “it is clearly not winning the war against terrorism and as such, adopt a completely new strategy”

“Nigerians today are not safe in their homes, offices, roads or places of worship” the party stated.

“Terrorists, kidnappers armed robbers and arsonists have taken complete control of the country and all the government can offer are platitudes” the party lamented in the statement.

The party suggested to the president to rid himself of psychopants and reach out to leaders across the country irrespective of religion, tribe or political affiliation to find ways of addressing the lingering collapse of security.

It also called on all leaders, either political, ethnic or religious, to refrain from inflammatory statements as some of these pronouncements have done nothing but fanned the ember of discord. 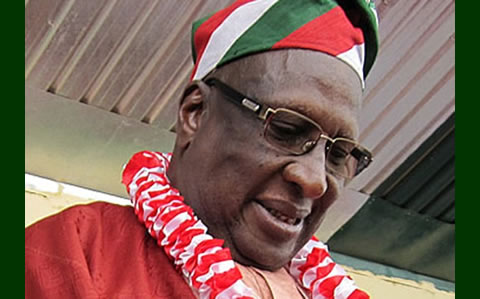 The Action Congress of Nigeria (ACN) has advised the national chairman of the ruling People’s Democratic Party (PDP), Alhaji Bamanga Tukur, to step down immediately.

The opposition party made the call following the arraignment of one of his sons in the N1.7 trillion fuel subsidy scam.

ACN in a statement issued in Lagos on Sunday by its National Publicity Secretary, Alhaji Lai Mohammed, stated that Tukur’s resignation would enable the party leader relieve himself of the huge moral burden placed on him by his continued stay in office.

“It is important to say here that the fuel subsidy scam trial will be held in two courts: the Court of Law and the Court of public opinion” the party stated.

According to the party, Alhaji Tukur’s position as the leader of the ruling party has created the perception that the on-going trial, involving his son will not be fair.

“While Alhaji Bamanga Tukur is not facing any charges in the court of law over the scam, he is definitely a star suspect in the court of public opinion. That is why many Nigerians are already insinuating that nothing will come out of the trial, especially as far as his son is concerned” the party stated, adding that “this is an allusion to the influence bestowed upon him by his high office.”

The statement further read that, “while we have nothing but absolute confidence in the ability of the judicial process to ensure justice, we believe that anything than can reinforce the impression of thwarted justice in the fuel subsidy scam trial should be removed. Alhaji Bamagar Tukur’s continued stay in office is one of such.”

A  Lagos High court on Thursday granted bail to the sons of the former and serving national chairman of the PDP, Ahmadu Ali and Bamaga Tukur, and some other suspects indicted in the oil subsidy scam. 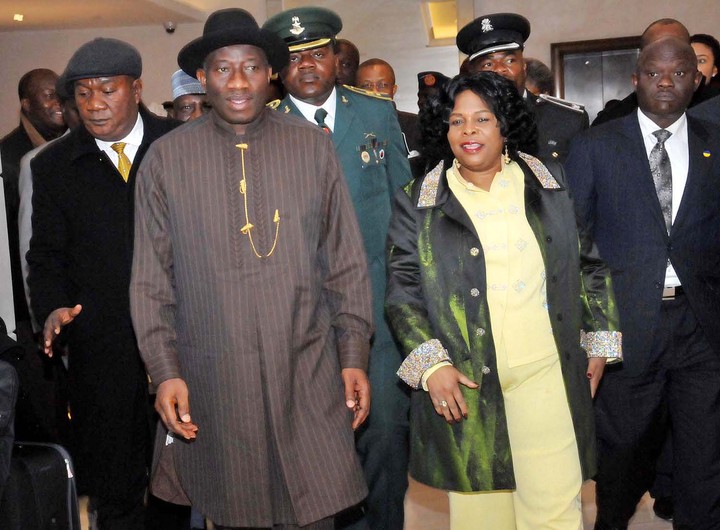 The Action Congress of Nigeria (ACN) has strongly criticized President Goodluck Jonathan for embarking on a trip to Brazil for the UN Conference on Sustainable Development at a time, when according to the party, “Nigeria is facing what amounts to a national emergency, as citizens continue to die from gun and bomb attacks in several cities.”

The party in a statement issued by its National Publicity Secretary, Alhaji Lai Mohammed, said the decision by the President to travel two days after dozens of innocent Nigerians, including women and children, were killed or maimed by suicide bombers in Kaduna state, is a “sign of insensitive and confused leadership.”

“It said the fact that the trip was announced by the presidency as the Yobe state capital, Damaturu, was being terrorized by attackers raised serious concerns about the Jonathan Administration’s commitment to the security and welfare of the citizenry, which is the rason d’etre of any government” the statement read.

According to the party, the President should have cancelled the trip as a symbolic act of a caring leadership and out of respect for the souls that were lost – and are still being lost within the space of a few days, wondering: whether the President has become helpless and inured to the fate of his compatriots.

”Again, we are constrained to ask whether this President is getting quality advice from the myriad of aides surrounding him, or whether, like his benefactor, Olusegun Obasanjo, he has decided he may not even take any advice from his advisers.

”In other climes, the usual thing is for leaders to cancel foreign trips or rush home from such trips when their countries suffer tragedies.

Citing examples of world leaders that have cancelled trips to global events, the opposition party noted that, ”in April 2010, Chinese President Hu Jintao cut short his Latin American tour and returned home after a strong earthquake hit the west of China. This year, South Sudanese President Salva Kiir returned home early from his visit to China, due to the rising tension along the border of his country with Sudan, and even a phone-hacking scandal was enough for British Prime Minister David Cameron to cut short an African trade tour and return home in 2011.”

”Since our own President has not even left Nigeria when these latest tragedies broke, it is inexplicable that he will still hop into a plane with a huge entourage and fly out. He should realise that he is attending the conference because he is the President of Nigeria, not because he is Dr. Jonathan.”

Therefore, Nigeria’s paramount interest dictates that he stays at home and oversees efforts to prevent the precarious situation in Kaduna from degenerating into an all-out religious war,” the party said.

The party also expressed its concern over the worsening daily terrorist attacks that have continued to take deadly tolls on human lives, in Kaduna and Yobe states.

The party urge security agencies to now look beyond Boko Haram, and consider the possibility that some elements are hell bent on triggering an ethnic and religious crisis in the country, thus making it ungovernable.

”Are there elements within and outside the Jonathan Administration who may be benefitting from this mindless killings?” the party asked.

ACN also expressed its worries on why the nation should be bedevilled with escalating security collapse, despite government’s massive budget for security.

More questions raised by the party are:

“Is the recent escalation linked to the huge sum of money (almost a quarter of the budget) allocated to security in the current budget?”

“Are there fifth columnists within the Jonathan Administration who are fuelling this crisis, considering that the President himself has said his government has been infiltrated by Boko Haram?”

These and other questions must be answered by security agencies as part of efforts to end this festering crisis,” the statement concluded.