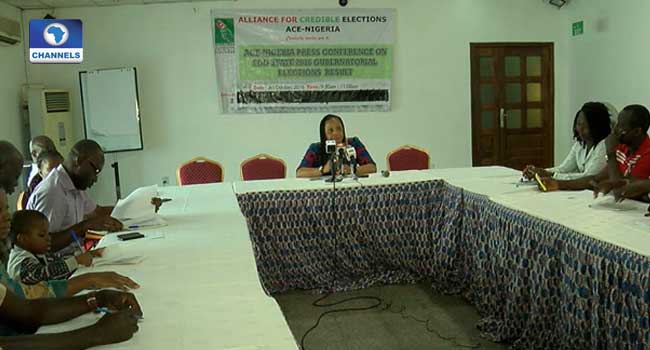 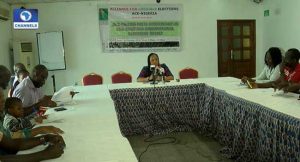 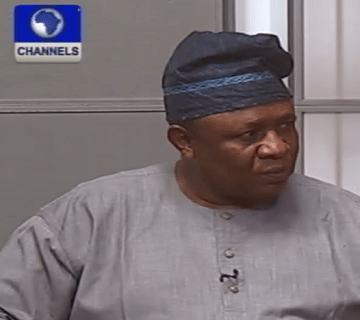 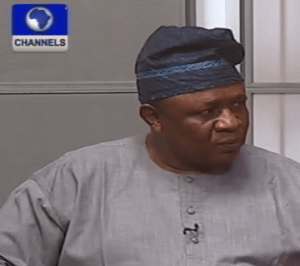 
The President had been criticised by members of the opposition party, APC, for declaring his interest in running for a second term 24 hours after a suicide bomber caused the death of several school students in Potiskum, Yobe State.

This was his reaction to comments making the rounds by the opposition party All Progressives Congress (APC) that the President’s second term declaration rally came too close, after an attack on the school.

“The opposition party could have gone to Chibok by themselves. It’s easier said than done. Mr. President will not buckle to blackmail and pressure from an opposition that is desperate to get into power”, he said, noting that the issue of Boko Haram is a national tragedy which did not start from this administration but in the 80’s.

Commenting on the issues surrounding the Permanent Voters Card distribution (PVC), he said that Independent National Electoral Commission (INEC) needed more staff to help in the distribution, adding that the issues concerning shifting of dates was partly because of logistic problems and inadequate staff.

Speaking as a guest on Channels Television’s breakfast programme, Sunrise Daily, Mr. Apena scored the distribution process average and further stated that people who cannot get the chance to collect their PVC can still get it from the local governments.

“The reason I scored INEC average is because the day I went to get my PVC there were just five people on the line which took me about 5mins to get mine, while others will like to wait till the last hour,” he noted. 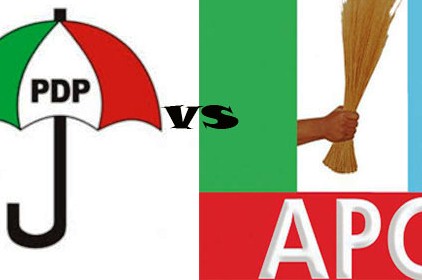 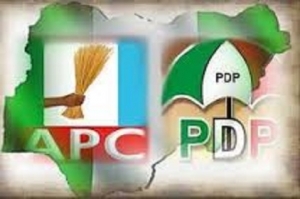 The Kwara State chapter of the All Progressives Congress (CPC), has accused the state chapter of Peoples Democratic Party (PDP) of demolishing its party’s  billboards and signpost warning the opposition not to turn the state into a theatre of crisis.

The PPD on its part denied the allegation, asking the State’s ruling party to look inward on the perpetrators of the act which could be those not happy with the government performance.

Billboards of the APC in areas like Geri Alimi, Offa Garage and Taiwo Oke have been either defaced or entirely pulled down.

Briefing journalists on the development, the state chairman of the All Progressive Congress, Ishola Balogun Fulani, accused the members of the Peoples Democratic Party of deliberate effort to cause crisis with the defacing and pulling down of their billboards.

He enumerated various crises in recent times in the state that could be attributed to the party and urged the security operatives to bring the culprits to book.

Reacting to the allegation, the state chairman of the Peoles Democratic Party, Iyiola Oyedepo, wondered why his party should be fingered when they are only interested in selling their laudable programmes and manifesto to the electorates.

The blame game stresses the need for security personnel to step in and address the issue in order to put a stop to the demolition of the billboard before it escalates into crisis in the state. 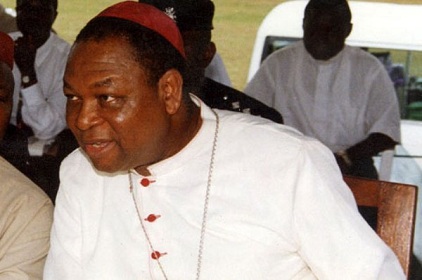 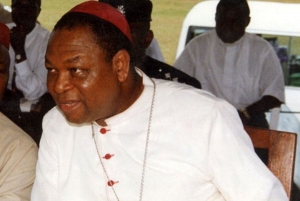 The Archbishop of Abuja Catholic Diocese, John Cardinal Onayekan has describe Nigeria as a viable project which should be protected despite many challenges facing the nation.

Cardinal Onayekan was speaking while receiving the National Chairman of the All Progressives Congress (APC), Chief John Oyegun who had come to seek prayers for his party and the nation at large.

According to him, the nation can only survive when all hands are on deck as the politicians desist from heating the polity unnecessarily and instead work towards defending the nation’s democracy.

Speaking further, Cardinal Onayekan called on all concerned to ensure that insurgency becomes a thing of the past in the country.

He assured Nigerians that the church will continue to pray and support the nation for her good and safety. 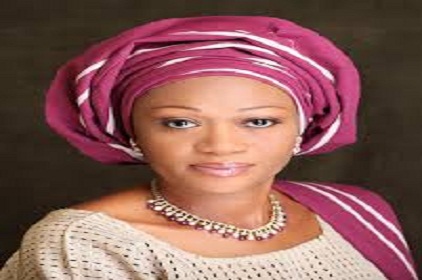 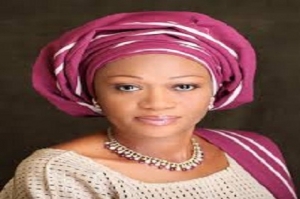 The Lagos State Chapter of the Peoples Democracy Party (PDP) has vowed to stop the return of Senator Oluremi Tinubu to the Senatorial district, cautioning the Senator to stop her “unparliamentary, unpatriotic and inexperience manner of carrying out ordinary legislative functions and privileges”.

The Party’s stance is on the heels of reports of two interviews allegedly granted in two different National Newspapers, wherein Senator Tinubu “disparaged the Senate as nonentity and also described the hallowed Chamber as not befitting enough of her likes to return!”.

The said interviews were brought on the floor of the Senate, by Senator Victor Ndoma-Egba.

The PDP, in statement by the Lagos State Publicity Secretary, Mr Taofik Gani, noted that the Senate has “asked the committee on Ethics, Privileges and Public Petitions to investigate the Lagos central Senator following her statement that except the All Progressives Congress (APC) becomes the majority, she has had her fill in the senatorial seat and adding that the Senate has failed Nigerians”.

The party also noted that the Senate Majority Leader warned “Senator Tinubu to stop disgracing the State by her unparliamentary, unpatriotic and inexperienced manner of carrying out ordinary legislative functions and privileges”.

The PDP also vowed that “unless the Senator is lucky to escape reprimand by the Senate, it shall mobilise voters in Lagos Central Senatorial District to invoke section 69 of Nigeria’s 1999 Constitution. The said section talks about Powers and Processes to recall a Senator or Member of the House of Representatives.

“First, we want to re-assure Senator Remi Tinubu that indeed she has had her Fill in the Senate and can never return to the Senate in 2015, at least not as a Lagos Senator.

“As a matter of urgency, her completing this present term is hanging and imbalance. Unless she is lucky to scale through the senate and be cleared by the Senate committee asked to investigate her, we shall mobilise voters from her Senatorial District to commence the process of her recall as allowed under Section 69 of our Constitution.

“Lagosians are now too embarrassed by the ignoble actions of this APC Senator who we expected would be a fast learner and graduate from being a rookie Senator to an experienced Senator.

“Indeed, we do recognise her Right of freedom of expression, however, she ought to exercise same within the Rules of the Senate. Persistently making same mistakes shows that she is either Treacherous or inexperienced, consequently Unfit to remain in the Senate” the party said.