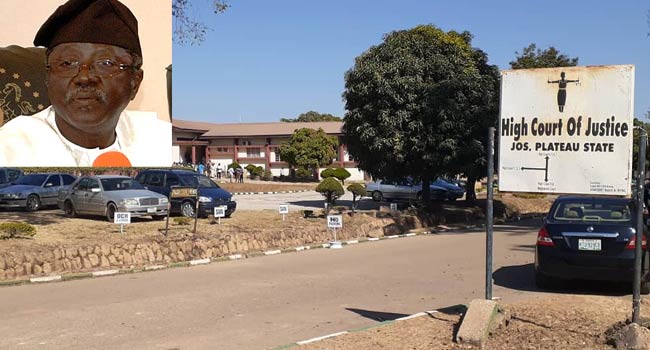 Justice Daniel Longji of the Plateau State High Court on Tuesday told the former Governor of the state, Jonah Jang, that he has a case to answer in an alleged case of misappropriation and diversion of state funds.

The case was brought against him by the Economic and Financial Crimes Commission (EFCC).

EFCC has been prosecuting Jang since March 2018 on an amended 17-count, alongside a cashier in the Office of the Secretary to the State Government (OSSG), Yusuf Pam, for alleged corruption and misappropriation of Plateau State funds to the tune of N6.32billion.

Jang had earlier made a no-case submission after the anti-graft agency called 14 witnesses during the trial.

The trial judge while ruling on the matter on Tuesday, dismissed the ‘No Case’ submission. He agreed with the prosecution that the defendants have explanations to give before the court regarding the charges against them.

The case file will be now be returned to the state Chief Judge for reassignment since Justice Longji is proceeding on retirement which implies that the case will commence afresh. 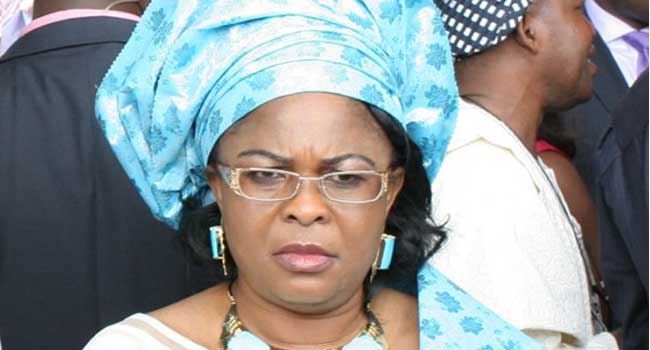 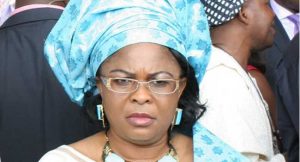 Justice Mojisola Olatoregun made the order freezing the accounts after listening to an exparte application filed by the Economic and Financial Crimes Commission (EFCC), sometime in November.

The anti-graft agency said that the move to request the freezing of the accounts became necessary after it received intelligence report, which showed that the accounts ought to be investigated.

The ex-parte application to freeze the accounts was supported by an originating summons sworn to by one Abdulahi Tukur, an operative of EFCC, and filed before the court by the EFCC prosecutor, Rotimi Oyedepo.

It requested the court to urgently direct the managers of the bank accounts to, in the interim, forfeit the money in the accounts, to prevent further tampering with same.

After issuing the order, Justice Olatoregun directed the anti-graft agency to enter into an undertaking to pay damages to the former first lady if it turns out that the order should not have been made.

Also affected is one Esther Oba who is said to have a balance of $429,381.87 in her Diamond Bank account while the companies collectively have a balance totaling N7,418,829,290.94 (Seven billion four hundred and eighteen million eight hundred and twenty nine thousand two hundred and ninety naira ninety four kobo).

The Socio-Economic Rights and Accountability Project, (SERAP) says it has sent a request to both the Senate President, Dr Bukola Saraki and Speaker of the House of Representatives, Mr Yakubu Dogara to “urgently provide information about alleged spending of 500 billion naira as running cost between 2006 and 2016, and the monthly income and allowances of each senator and member”.

SERAP’s request follows the disclosure by suspended House member, Abdulmumin Jibrin that Nigerian senators and House of Representatives members have pocketed 500 billion naira as ‘running cost’ out of the one trillion provided for in the National Assembly budgets between 2006 and 2016, and by ex-president, Olusegun Obasanjo.

The organization says it would “take all appropriate legal actions under the Freedom of Information Act to compel the Senate President and the Speaker of the House of Representatives to comply with the request within 7 days”.

In the letter of request dated 25 November 2016 and signed by SERAP Executive Director, Adetokunbo Mumuni, the organization, said: “We are seriously concerned that details of the National Assembly budgets and income and allowances received by its members over the years remain shrouded in secrecy, and hidden from Nigerians. Alleged stealing or mismanagement of N500 billion of public funds may be responsible for the economic crisis and attendant hardships being faced by millions of Nigerians.”

The identical FOI requests read in part: “Representative democracy requires more than the simple casting of ballots in periodic elections. Only when Nigerians in general have access to concrete information about the running cost and other critical spending and financial details by the National Assembly can citizens make well-informed choices and can politicians be held accountable.

“In the face of these overwhelming allegations of corruption, the leadership cannot continue to claim that public perception that many lawmakers are in the National Assembly in pursuit of self-interest is off the mark.

“SERAP believes that secrecy in parliamentary spending has resulted in lapse of accountability for senators and members of the House of Representatives, and this could ultimately endanger the healthy development of the rule of law and good governance in the country.

“SERAP believes that secrecy in the spending by the National Assembly and the monthly income and allowances of its members contributes to and enables poor governance. It undermines the ability of the government to spend wisely on behalf of Nigerians, and erodes the integrity and authority of the National Assembly to make laws for the peace, order and good government in the country.

“Transparency in the spending by the National Assembly and income of its members is a key element of justice, which is essential for an open legislative process, and can serve as a confidence building measure by the lawmakers to regain the trust of Nigerians.

“SERAP argues that the level of transparency in spending by the National Assembly — be it the Senate or the House of Representatives — and the monthly income and allowances of its members is an important measure of the democratic nature of our government, and is especially important for the National Assembly.

“By virtue of Section 1 (1) of the Freedom of Information (FOI) Act 2011, SERAP is entitled as of right to request for or gain access to information, including information on the alleged spending of N500 billion by the National Assembly and on the incomes and allowances received by its members, if the said information is in the custody or possession of any public official, agency or institution.

“By virtue of Section 4 (a) of the FOI Act when a person makes a request for information from a public official, institution or agency, the public official, institution or urgency to whom the application is directed is under a binding legal obligation to provide the applicant with the information requested for, except as otherwise provided by the Act, within 7 days after the application is received.

“The disclosure of the information requested will give SERAP and the general public a true picture on how exactly the alleged N500 billion running cost has been spent as well as other critical financial details.”