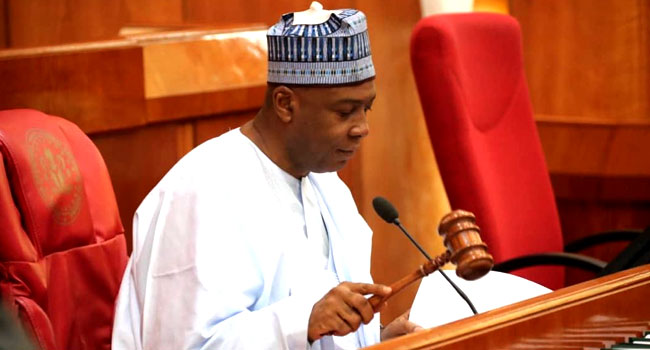 The Senate has confirmed the nomination of three persons as Career Ambassadors-Designate.

The lawmakers also approved the appointment of the Chairman and members of the Board of National Bureau of Statistics (NBS) during plenary on Thursday.

This followed the presentation of the report of the Committee on Foreign Affairs on the nomination of the career ambassadors-designate by Senator Monsurat Sunmonu from Oyo State.

Those whose nominations were confirmed are Mr Christopher Chejina, Mr Bukar Kolo, and Mr M Mabdul.

He also wished them a successful tenure in their service to the nation.

Thereafter, Senator Yele Omogunwa from Ondo State laid the report of the Committee on National Planning and Economic Affairs on the nomination of the NBS board chairman and members.

After considering the report, the lawmakers confirmed Dr Kabiru Nakaura as the board chairman of the agency.

They also approved the appointment of five others as members of the board.

The Senate President also congratulated them and wished them a successful tenure.

The Nigerian Senate on Wednesday confirmed the appointment of three non-career ambassadorial nominees.

The Senate confirmed the nominees after the Chairperson of its Committee on Foreign Affairs, Senator Monsurat Sunmonu presented a report on the screening of the nominees to the Upper Chamber.

One of the nominees confirmed was Justice Sylvanus Nsofor from Imo State who the Senate had earlier rejected.

In March, the lawmakers questioned his suitability for the job based on what they said was an unsatisfactory presentation during the screening exercise.But President Muhammadu Buhari re-submitted Sylvanus’ name for confirmation. 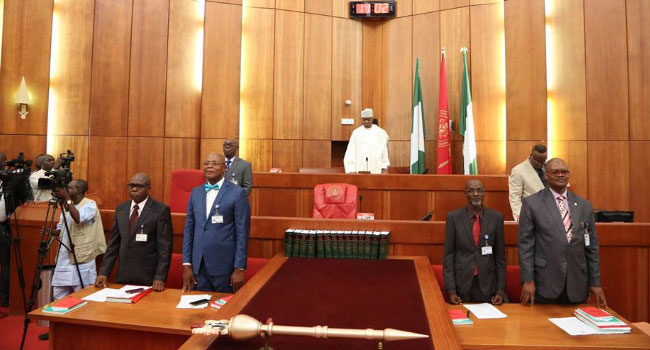 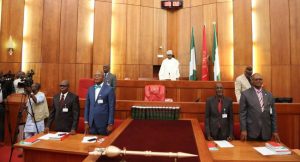 Nigeria’s President, Muhammadu Buhari, has sent to the Senate a revised list of 46 non-career ambassadors he is nominating for confirmation.


The re-submission was contained in a letter read by Senate President, Dr. Bukola Saraki, on the floor of the Senate on Thursday.

It read: “We submit the revised list of 46 non-career ambassadors for confirmation as ambassadors by the distinguished senate.

“It is my hope that this will receive the usual attention of the senate”.

President Buhari had first presented the list in November, but the Senate turned it down.

The Chairman of the Senate Committee on Foreign Affairs, Monsurat Sunmonu, had suggested that the Senate should return the list of non-career ambassadors to the executive so that they could re-present it.

“There are about 200 petitions against the nominees and we don’t even know where to start,” he said.

Buhari’s non-career ambassadorial list had raised issues in the ruling All Progressives Congress, with governors elected on the platform raising concerns over the list at different meetings with the president.

The president had assured them that he would look into their concerns. But until the rejection of the list by the Senate, no action was taken.

After the list was made public, two nominees, a former Deputy Governor of Plateau State, Pauline Tallen and Usman Bugaje, from Katsina State, turned down their appointment.

The Senate has rejected a list of 46 non-career ambassadors which President Buhari sent to lawmakers for confirmation.

Lawmakers rejected the list because of the myriad of petitions which the Committee on Foreign Affairs received over the nomination of the ambassadors.

Meanwhile, the Senate has confirmed 47 career ambassadors which President Buhari sent to the upper chamber for confirmation.

The list also faced its own challenge in June when the screening of 47 nominees at the Senate was put on hold following what the federal lawmakers called irregularities in the nomination process.

Senator Joshua Dariye raised a motion under matters of urgent national importance alleging the non-inclusion of the names of competent persons from his constituent.

His views were shared by Senators Sola Adeyeye and Fauster Ogolar. They believe that the nomination process was faulty. 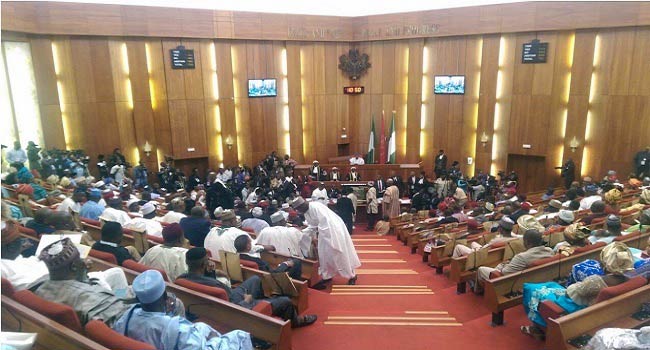 President Muhammadu Buhari has forwarded the names of 46 ambassadorial nominees to the Senate.

The announcement was read out by the Senate President, Bukola Saraki, during the plenary session on Thursday morning.

Some of the notable figures in the list of non-career ambassadorial nominees include the former speaker of the Lagos State House of Assembly, Senator Olorunibe Mamora and a former Supreme Court Justice, George Oguntade.

The Senate is yet to conclude the screening and confirmation of the 47 career foreign service officers sent by the President in July.

Here is a  full list of the ambassadorial nominees (alphabetically) 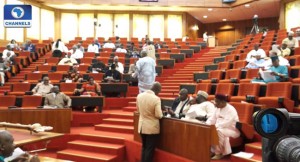 The screening of 47 ambassadorial nominees at the Nigerian Senate has been put on hold following what the federal lawmakers call irregularities in the nomination process.

The Senate suspended the screening on Wednesday after Senator Joshua Dariye raised a motion under matters of urgent national importance alleging the non-inclusion of the names of competent persons from his constituent.

His views were shared by Senators Sola Adeyeye and Fauster Ogolar. They believe that the nomination process is faulty.

The Senate after deliberation summoned the Minister of Foreign Affairs, Geoffrey Onyema, to appear before its Committee on Foreign Affairs to explain the lopsided nomination and report to the upper legislative chamber in one week.

It is barely two weeks since President Muhammadu Buhari sent the names of some ambassadorial nominees to the Senate for screening and confirmation and since then, lawmakers have been picking holes in the nomination process.

The Senate Committee on Foreign Affairs is expected to meet with Mr Onyema and report to the Senate in one week.

But for now, the screening of the ambassadorial nominees remains on hold.