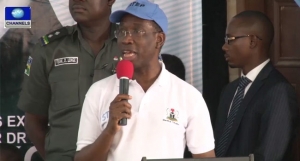 The Delta State Government has signed a Memorandum of Understanding (MoU) with an American company, Alpha Energy and Electric Inc., for the generation of 500 Megawatts of electricity through public-private partnership.

This is part of its efforts to boost power generation in the state.

Speaking during the signing ceremony in Asaba, Governor Ifeanyi Okowa said that the development of the Independent Power Plants (IPP) would help boost the energy capacity of the state.

This, he said, would help the state to meet the power needs of investors and businesses, disclosing that power remained a prerequisite for investments and for industries to thrive in the country.

The MoU was signed on behalf of the state government by the Secretary to State Government Mr Ovie Agas, witnessed by Governor Okowa along with other members of the State Executive Council.

The Governor urged the company to commence work as soon as possible and gave them the assurance of government’s support and the necessary investment friendly environment to enable the PPP project succeed. 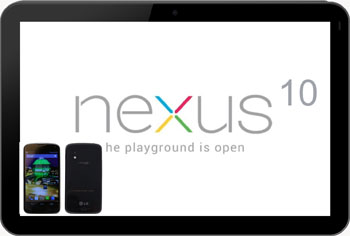 Google in conjunction with South Korean company LG has added another feather of achievement unto what they had in terms innovations as the companies unveiled officially, the much talked about Nexus 4 smartphone and a larger version of the 7-inch tablet that the company began selling in July under the Nexus brand on Monday, despite the cancellation of the Google event due to the hurricane Sandy plaguing the United States.

The Nexus 4 smartphone is being made by LG Electronics and features an update to Google’s Android 4.2 system, also known as Jelly Bean.

The larger Nexus tablet is being made by Samsung Electronics Co. and features a 10-inch display screen, about the same size as Apple Inc.’s top-selling iPad.

The Nexus 10 tablet with 16 gigabytes of storage will sell for $399. That’s $100 less than the comparable version of the latest iPad.

The Nexus goes on sale in Google’s online store Nov. 13.