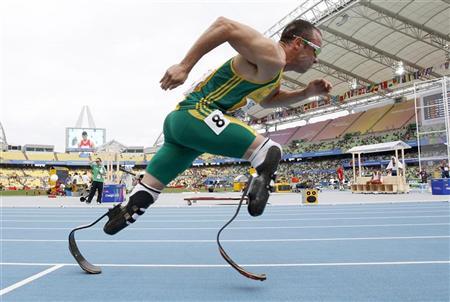 American sportswear company Nike suspended its endorsement contract with South African Paralympian Oscar Pistorius on Thursday after he was charged with murdering his girlfriend a week ago.

Nike has sponsored Pistorius since 2007, supplying him with running kit and special soles that he wears on the base of his carbon fiber racing blades.

“We believe Oscar Pistorius should be afforded due process and we will continue to monitor the situation closely,” the company said in a statement, confirming the suspension of the agreement.

Nike, the world’s largest sportswear company, ended a long-standing sponsorship agreement with cyclist Lance Armstrong last year after he was stripped of his seven Tour de France titles because of a doping scandal.

His sponsorship deals with companies including British telecoms firm, sunglasses maker Oakley and French designer Thierry Mugler are believed to be worth around $2 million a year.